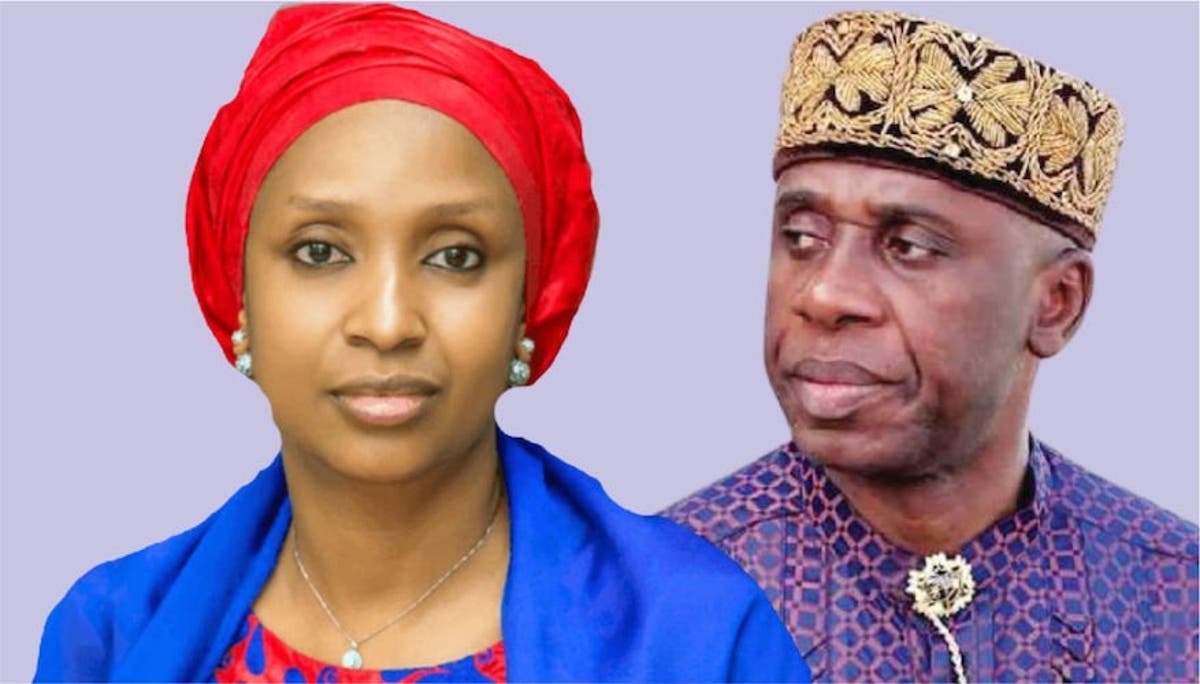 Minister of Transportation Rotimi Amaechi has said former Managing Director of the Nigerian Ports Authority, Hadiza Bala Usman was not suspended as being reported, but was asked to step aside pending the out of panel of inquiry to probe the NPA

Amaechi said this on Monday in an interview with Arise TV.

He said that the NPA boss was only asked to step aside for investigations to be carried out on the NPA.

“I am not aware Hadiza is actually suspended. What happened I suspect is she was asked to step aside for investigation to be carried out on NPA not her. We are investigating NPA.

“The conclusion of the investigation, all the reports will be forwarded to the president who will make a declaration on the way forward.

Amaechi also said he does not know when the panel will finish its probe.

Recall that President Muhammadu Buhari had in May, 2021 approved the setting up a panel of inquiry to probe the NPA.

A statement issued by presidential spokesman, Garba Shehu confirmed that President Buhari approved a panel of inquiry to probe into the activities of the NPA.

Shehu said the president approved the recommendation of the Ministry of Transportation under Amaechi for the setting up of an Administrative Panel of Inquiry to investigate the Management of the Nigerian Ports Authority, NPA.

He said the president has also approved that Bala-Usman stepped aside while the investigation is ongoing.

Share this on WhatsApp
Related Topics:Chibuike Rotimi AmaechiHadiza Bala UsmanManaging Director of the Nigerian Ports Authority (NPA)
Up Next