Bandits may have waited patiently few hours after the Democracy Day broadcast by President Muhammadu Buhari on Saturday, to intensify their onslaught across the country, killing 12 persons in Plateau State on Sunday. 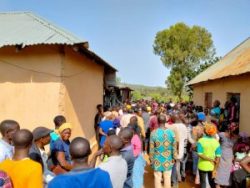 It was gathered that bandits suspected to be Fulani militia, struck and killed 12 persons in Kuru Community, Plateau State, Jos South Council Area, on Sunday night. The attack, among others in other parts of the northwest and beyond within the past few days are perceived to be communicating to the Nigerian president that his Democracy Day broadcast and commitment to restoring security was of no effect to their activities.

It was narrated that the bandits invaded the Kuru Community at about 9.00p.m., and unleashed mayhem on the people who were about going to sleep for the day. 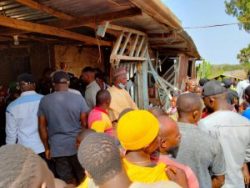 Beside the 12 victims who list their lives, five other persons were said to have survived the onslaught, escaping with various degrees of injuries. They were said to be receiving treatment at certain hospitals in the state.

Houses and property of the people were also destroyed by the bandits in the operations.