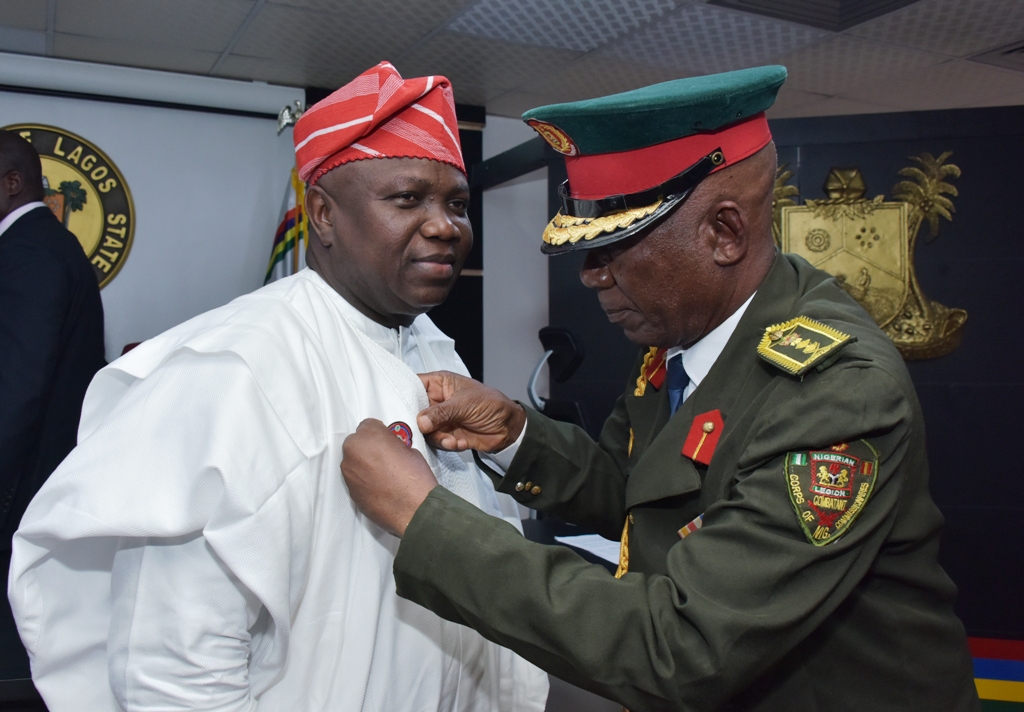 Share this on WhatsApp
Spread the love
Governor Akinwunmi Ambode of Lagos State on Wednesday directed Legionnaires to take charge of security in public schools in the State so as to forestall all forms of crime in schools.
Ambode, who spoke while launching the 2018 Armed Forces Remembrance Emblem at the Lagos House, Alausa, Ikeja, said his administration remains totally committed to ensuring safety of pupils across all schools in the State.
He said: “What is important is that we have taken as a matter of fact to take care of our public schools which will henceforth be secured by the Nigerian Legion. We promise to give surveillance vehicles to them to enhance security and keep the safety and security of our children in their hands.”
Launching the Emblem, the Governor said the event has continually served as a reminder of the gallantry and sacrifice of men and women of the Nigerian Armed Forces that have in no small measure contributed in protecting the nation’s cherished sovereignty.
He said that it was important to remember them, especially for paying the supreme price of keeping the country safe and secure in challenging periods, and for achieving unity at the expense of losing their lives.
“It is time to engage ourselves in deep reflection of how such homes have been coping and how the widows and children left behind have been surviving, without important loved ones. It is time to rise in support by alleviating some of their needs, it is the time to express our love, extend appreciation and show gratitude to them for their services to our fatherland.
“We must indeed show to each and every veteran that their service to Fatherland is appreciated, not just by the Nation, and the State, but also by ordinary individual citizens of this great nation.
ALSO SEE: The vagabonds of Sambisa 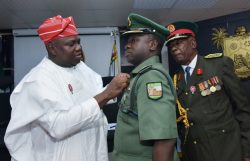 “It is important that we can continue live in unity and peace. Accordingly, we must use this opportunity to convey symbolic messages to our serving Military men and women, that services and sacrifices to the Nation will always be rewarded and appreciated, to inspire them to be more patriotic and motivate them to give their all in the protection and security of our dear country,” Ambode said.

While urging Nigerians to always treat ex-servicemen with respect and donate generously in the support of the Nigerian Legion, the Governor announced a donation of N25million as well as trailer load of rice to aid the welfare of the families of fallen heroes.
“Also in this yuletide, we extend a trailer load of Lake Rice and N25million to the Nigeria Legion” he said.
Earlier in his opening remarks, the State Commissioner for Home Affairs, Dr Abdul Hakeem Abdul Lateef, emphasised the need for all citizens to appreciate the gallant fallen heroes through donations for the welfare and upkeep of their families.
Also speaking, Chairman of Lagos State Branch of Nigerian Legion, Col Samuel Akanbi (Rtd) commended Ambode for his efforts at rapidly transforming the State and fulfilling the promises made to the Legion.
Share this on WhatsApp
Related Topics:2018 Armed Forces Remembrance DayGovernor Akinwunmi AmbodeLegionnaires
Up Next