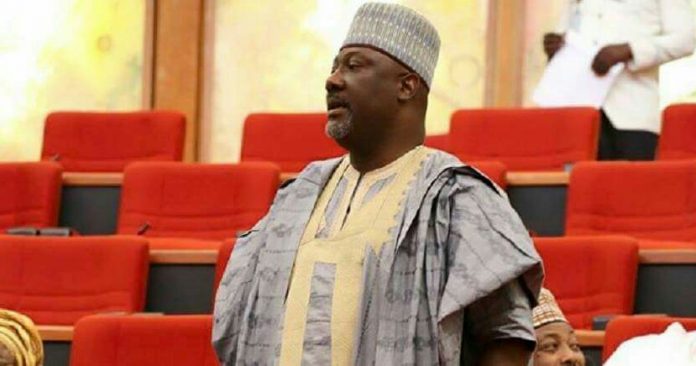 The All Progressives Congress (APC), on Wednesday, refuted reports that embattled Senator Dino Melaye, representing Kogi West on the APC platform in the National Assembly, defected to the Opposition Peoples Democratic Party (PDP) at Senate plenary.

APC National Publicity Secretary, Bolaji Abdullahi, stated that the party has not received notice of defection from Senator Melaye, arguing that any defecting member must notify the party of his/her decision to leave the party.

Melaye resumed legislative duties on Wednesday after rough scuffle with the Nigeria Police during his arrest in Abuja.

Dino Melaye was earlier on Wednesday reported to have returned to the PDP after he abandoned his seat to stay on the side of the opposition PDP lawmakers. The embattled Senator was, however, said to have only announced that he is no longer “comfortable sitting on the APC side of the Chambers”.

“He simply requested to sit on the ‘other side’ of the Chambers. This is not the same as defecting to any other party. A defection will require an announcement of a new party,” APC leadership had explained.