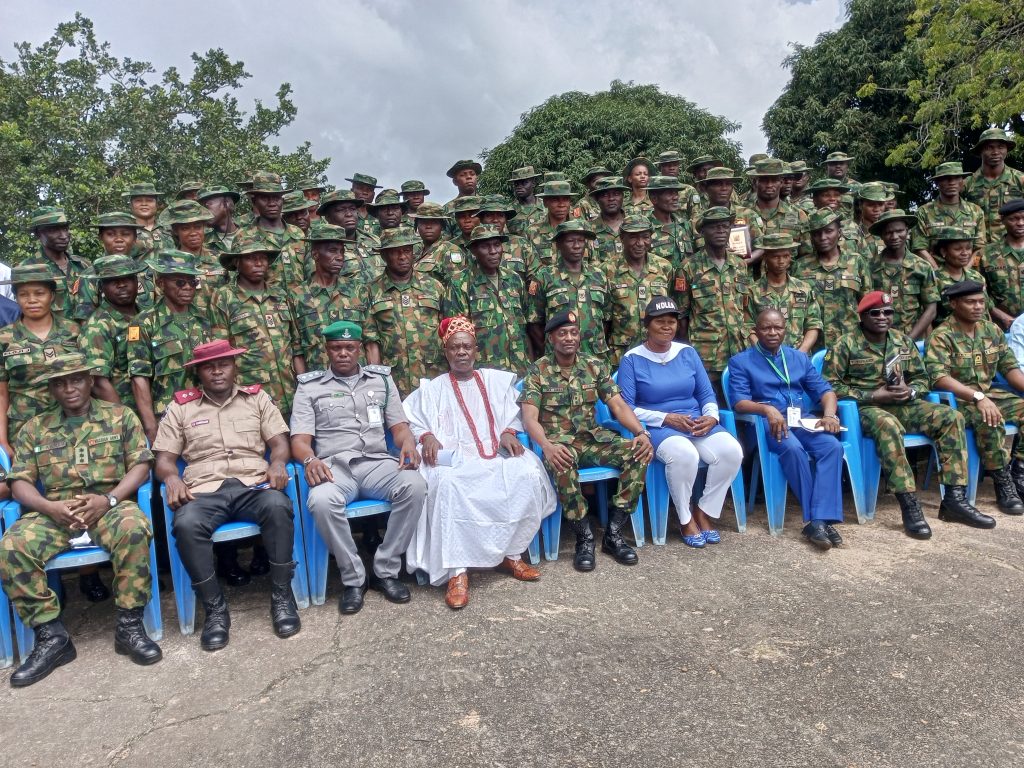 Speaking during the ceremony, the Commanding Officer, Col. Mohammed Abba urged the newly promoted officers to adhere strictly to professional ethos of the military.

“A lot has been said to you today, but my prayer is that God who has made it possible for you to hang these ranks also guide you so that you will not engage in jobs that will spoil everything.

“For those waiting for their promotion in 2023, please ask the newly promoted soldiers what they did because it is always critical.

According to him, the promotion is a message for all soldiers not to “rush, collect and sit down”, but an “additional task and responsibility to the army and your families as well”.

Also, Warrant Officer Yusuf Umar (rtd) said that those promoted should be more diligent, work harder and persevere in the tasks ahead.

Newly promoted Cpl Mary Annas, thanked the COAS for the promotion and pledged unalloyed loyalty and commitment to the Nigerian Army.

Class of 92, Faculties of Arts and Education, University of Lagos celebrates Pearl Anniversary