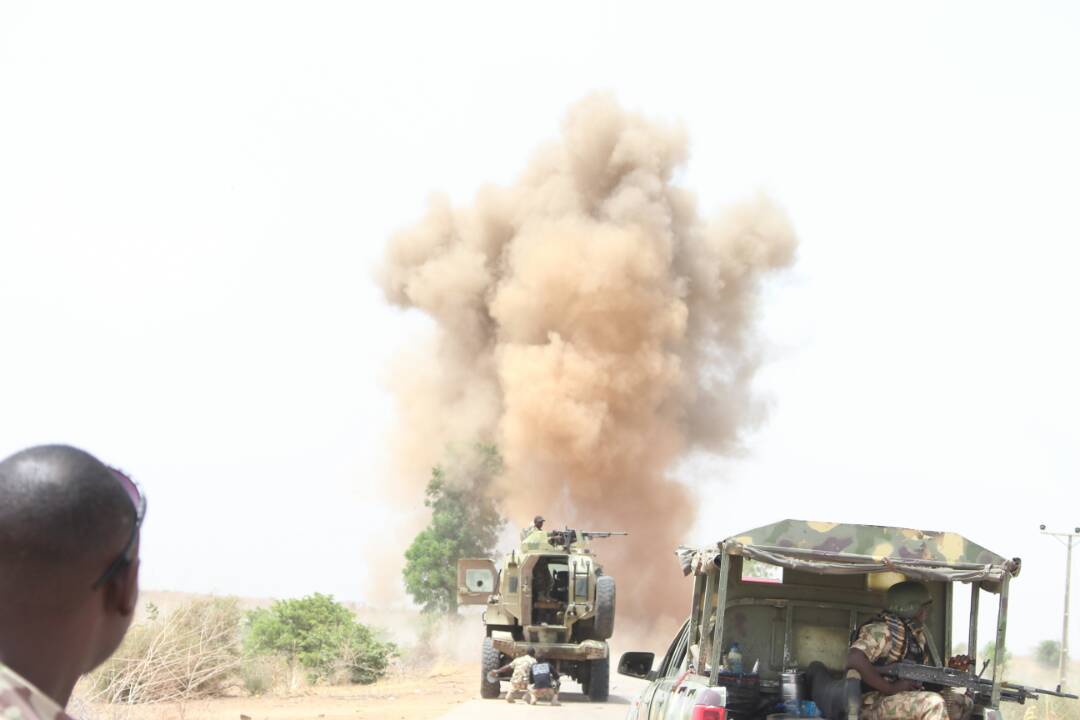 As suicide bombs orchestrated by Boko Haram terrorists have increased since January, residents of Borno state on Sunday appealed to the military to save them from constant bomb harassments.

National Daily gathered that across section of residents that spoke with the News Agency of Nigeria (NAN) in Maiduguri made the appeal on Sunday in Maiduguri.

A local hunter identified as Malam Bakura Modu, observed that the wave of attacks especially in Maiduguri, was disturbing the economic activities and wellbeing of the residents.

“There is no doubt that the military have recorded great successes against the Boko Haram insurgents.

But the recent spate of suicide bomb attacks is creating wrong impression in the media that the group is still strong,” Modu said.

He challenged the military to step up its offence against the insurgents to find solutions to the bombings.

Modu said local hunters were ready to join the military in the search for the insurgents in the bush.

“We have been expressing our willingness to join the fight against the insurgents in the bush, but the military had always turned us back.

“We are hoping that this time around they will consider our proposal,” he said.

“The military has within a few months decimated the insurgents, reclaiming territories and rescuing many abducted persons.

“But the recent upsurge in the number of suicide bomb attacks has created worries in the minds of the people,” Anjukui said.

He added:” In the last few months it is almost certain that incidences of bomb blasts will occur every weekend.

“The situation has even worsened now as the blasts have almost assumed a daily dimension”.

Anjukui, reiterated that “The military has the capabilities to address the problem; it must therefore rise up to the occasion by halting the negative trend.

“It is either they make use of high technology for early detection of explosive materials or take the battle to the door steps of the insurgents in the bush,” he said.

“I think that the natives hold the key to ending the ugly trend the military has done its best by degrading the insurgents.

“As long as the people are not willing to expose them, the attacks will continue,” Inuwa said.

Father of 10 in possession of human skull arrested