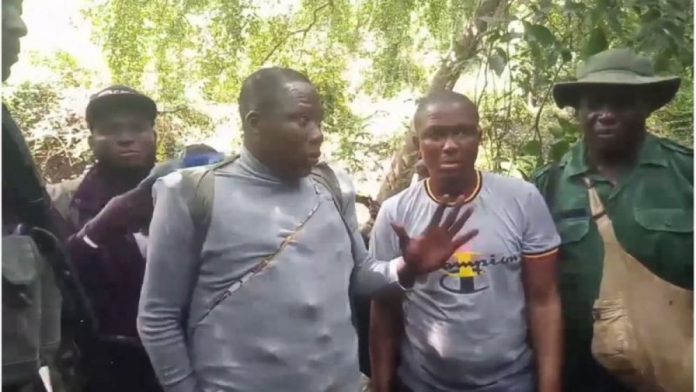 Three weeks after the DSS invaded his house, killed two of his aides, arrested 12 others, carted away German visas, assorted charms and Ak-47 rifles, Sunday Adeyemo, has eventually run into a booby trap.

While Adeyemo aka Igboho escaped, and was declared wanted after the attack, his aides were taken to Abuja where they have been detained.

On the run, Igboho and his media aide Olayomi Koiki were still boasting in press releases and filing suits in court and petitions at the UN and western embassies.

The Yoruba nation agitator was however arrested in Cotonou, Benin Republic, on Monday by security forces at an airport, according to reports by major newspapers.  It has been reported Igboho’s family lives in Germany.

Igboho and his followers like to flaunt their traditional voodoo powers which they claim they will use to fight security agents and terrorists in their quest for Oduduwa Republic.