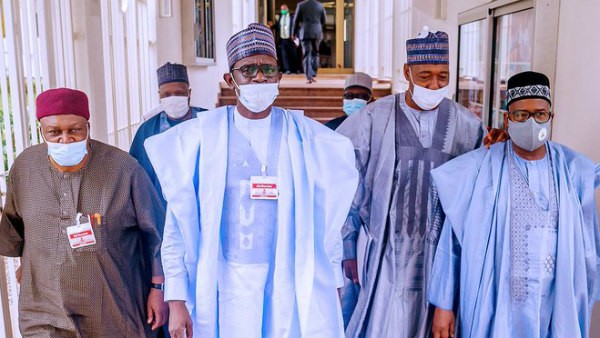 President Muhammadu Buhari is currently holding a meeting at the State House, Abuja, with a delegation from two states of the northeast comprising Borno and Yobe states led by Governor Babagana Zulum of Borno State and Governor Mai-Mala Buni of Yobe State. Though details of the ongoing meeting are not yet revealed, sources, however, insinuated that the meeting may not be unconnected with the prolonged insecurity and violent crimes ravaging the zone.

Though, the meeting with the president is considered crucial to the northeast leaders, Senator Ndume is missing on the list of the delegation.

Meanwhile, details of the meeting are being awaited.