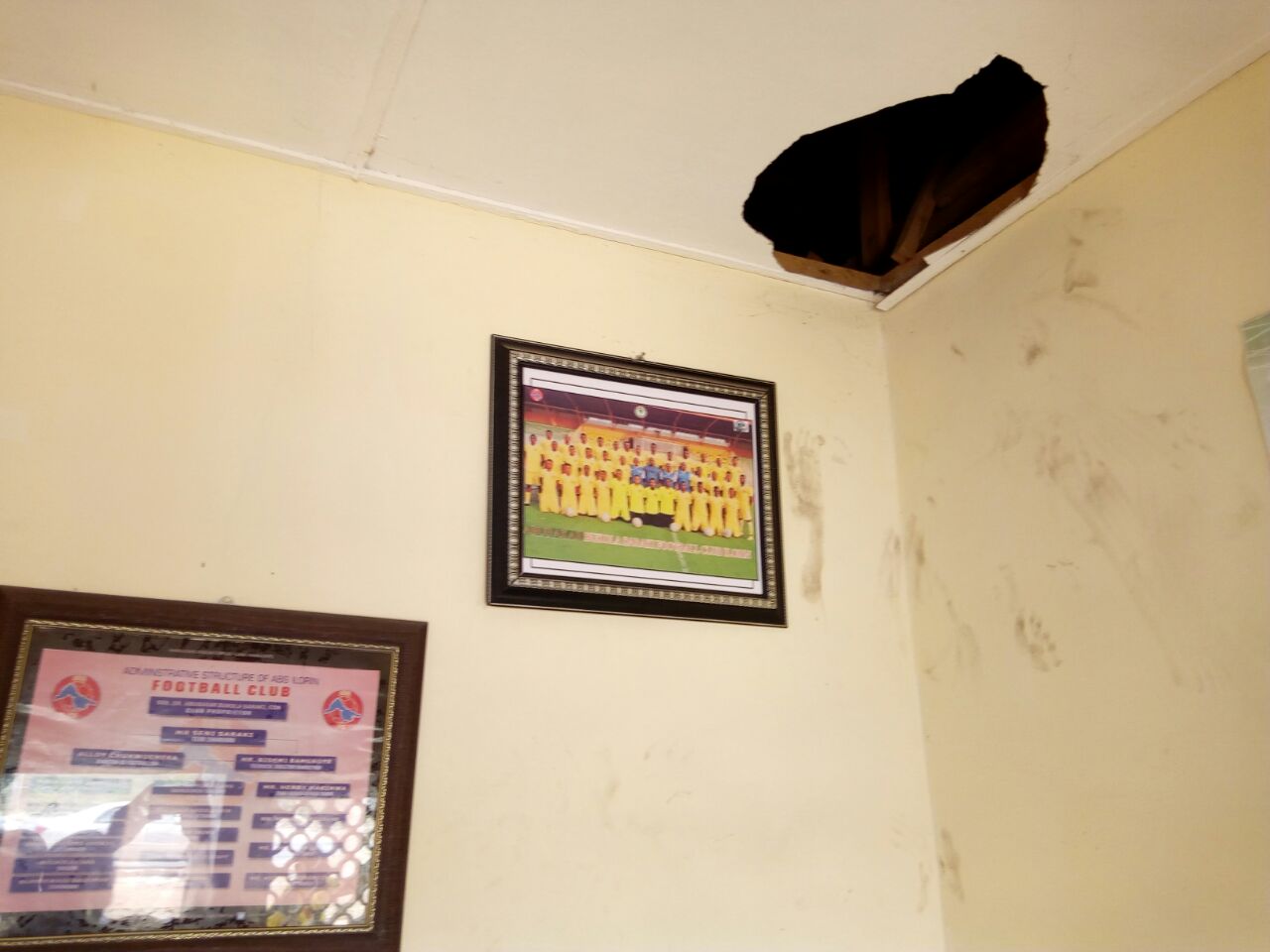 The office of Nigeria Professional Football League (NPFL) side, Abubakar Bukola Saraki (ABS) Ilorin FC, was early Friday morning burgled by yet to be identified persons.

The Director of Football of the club, Alloy Chukwuemeka told National Daily he was informed by Club’s Administrative Secretary, Mrs Funmilayo Owolabi around yesterday that the office has been attacked.

“I am very surprised to see that our office was burgled, what are they looking for?.

“We don’t have money to toy around with and if we do, are we going to keep it in the office?, the answer is No.

“We are still accessing what the burglars had went away with.

“My office, our administrative office, Media and Marketing offices were burgled.

“We have noticed that our complete computer system is missing, a generator is missing.

“Other items we discovered missing are keyboard, foot wears.

“Though, we are still accessing the level of damages done to the office because we may not know now what documents have been affected.

“They opened some of the drawers we kept some documents, so we may not know which is missing for now” Chukwuemeka said.

The ABS FC Director of Football and Secretary of the Nigeria Premier League Club Owners, said the burglars broke into the office through the ceiling.

He explained that they went straight to the administrative Secretary’s office, with their foot and fingers print on the wall of the office.

Chukwuemeka added that the matter has seen been reported to the police and that investigation had started to fish out the burglars.

He said it may be a funny way of distracting the club but the former Yobe Desert Media Officer said his team is ever focused and will remain so.