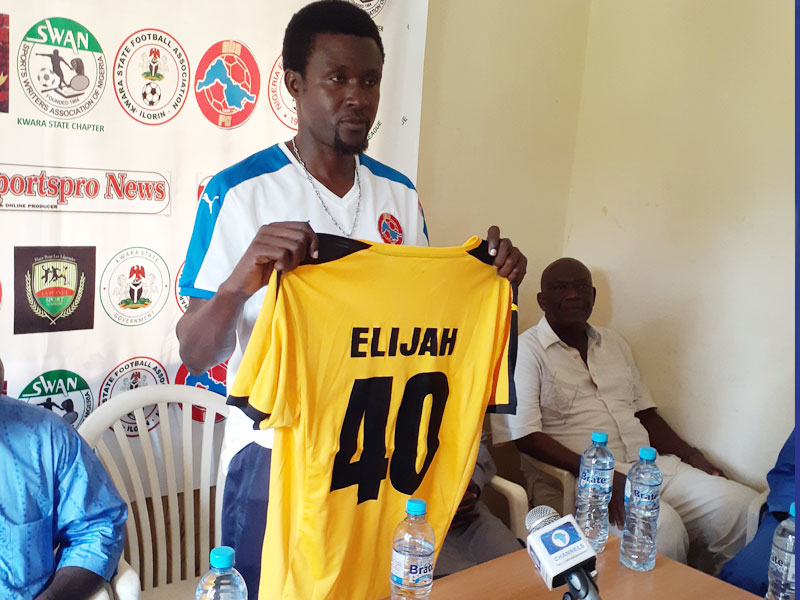 The club’s Director of Football, Alloy Chukwuemeka, told our reporter that he is delighted to have Elijah rejoining the Ilorin based team.

Chukwuemeka said the club will build on a solid foundation that would keep the club going and also create an avenue for young talented footballers at the grassroots level to become superstars.

According to the management of the club, the coach will be handed two bedroom flat apartment and also an official car to ease his job.

“At ABS we work day and night to discover talents with dedicated staff.

“Presently, we have two of our players at the U-17 level as we speak and we will have more this season by God’s grace” Chukwuemeka said.

He said the club picked Abdulkadir because of his meritorious service to grassroots football development.

Chukwuemeka disclosed that the team will train Abdulkadir just as it has done to those who had passed through the club like him.

Reacting after his unveiling, Elijah promised to bring programme that will encourage and develop Youth football, insisting that he came to ABS Ilorin FC to make a positive impact.

He said ABS has always been close to his heart and he is delighted to return to the club that gave him his first opportunity to lead a team.

Share this on WhatsApp
Related Topics:Abubakar Bukola Saraki (ABS) FCYomi Elijah
Up Next