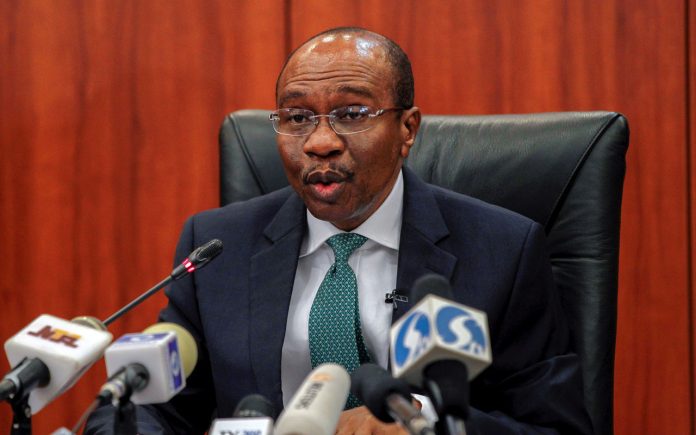 Contrary to the trending story in some online media, a very reliable source from the Central Bank media desk has stated that Mr. Godwin Emefiele, the CBN governor is still very much on his desk without the threat of a sack.

In the last few hours, the rumour oozed from the winds that the CBN governor had been relieved of his lofty post but a very senior officer in the media department of the nation’s Apex Bank has debunked the rumour in its entirety.

The head of corporate communications of the Central Bank, Osita Nwanisiobi denied the rumours in a phone conversation, stating that “he is not aware of any sack of the CBN Governor”.

Several online media blogs have published reports of a purported sack of the Governor of the Central Bank of Africa’s largest economy with some mentioning that “it was unconfirmed” even though they went ahead to publish.

The CBN Governor has been under pressure since he declared interest in running for president of the Federal Republic of Nigeria.

Emefiele had approached the court seeking a restrain of the Board of the Central Bank of Nigeria, the Attorney General of the Federation and the Independent National Electoral Commission (INEC) from hindering him from running for the office of the president.

The judge granted the order following an ex-parte motion filed by one Nkwo Augustine Eddiego against the Board of the Central Bank of Nigeria and INEC seeking an order to restrain the defendants.

However, sources indicate the Presidency was unhappy with the moves, chiding him for taking INEC to court for a matter that was not in contention.

Mr. Emefiele has since withdrawn the suit against INEC and Attorney General from restraining him from contesting for President.