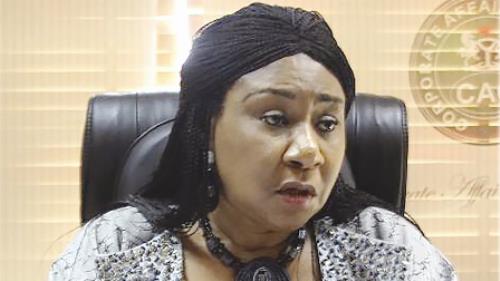 The Code of Conduct Tribunal (CCT) at its resumed sitting on Monday, appeared to find itself in dilemma when counsel to the defendant denied awareness of the order to suspend his client from office. Accordingly, the CCT threatened that it may vacate the interim ordered granted on 27th December 2019 on the suspension of the acting registrar general of the Corporate Affairs Commission, Azuka Azinge.

Report indicated that a member of the Tribunal, Julie Anabor, disclosed the uncertainty at the resumed sitting after counsel to the defendant had complained of not being aware of the order that led to the suspension of the defendant, Azinge.

It was highlighted that the CCB filed an 11-count charge of alleged abuse of office against Mrs. Azinge. She was arraigned on December 23 and pleaded not guilty to the charges. The tribunal subsequently adjourned to 29th of January 2020.

It was added that rather than abide, the prosecution approached the tribunal on 27th December with an exparte motion seeking suspension of the defendant, pending the conclusion of her trial at the CCT, which was granted as prayed.

After the order, the tribunal, adjourned to 6th January for hearing of the motion on notice.

At the resume sitting on Monday, counsel to the defendant, Abiodun Owonikoko, had notified  the tribunal that they did not receive any process ordering them to appear before the tribunal today, as they were aware that the matter was adjourned to 29th January.

He said the notification for today sitting and the exparte order made by the CCT was derived from media platforms.

Owonikoko noted that he has just been served with the motion on notice today at the tribunal. He prayed the court for an adjournment enable the defendant to react to the processes which was granted by the tribunal.