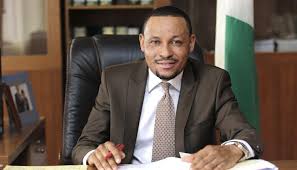 In his brief remarks, Chairman of the Tribunal, Justice Danladi Umar, said the tribunal was sitting in Bauchi State for the first time.

He promised that all cases would be treated dispassionately with a view to ensuring that justice was done to all defaulters.

He called for the cooperation of everybody to ensure the smooth conduct of affairs.

Ibrahim Al-hassan, Head of Press and Public Relations of the CCT, told News Agency of Nigeria (NAN) that the sitting would last four days, and that the defaulters were political appointees, para-military personnel as well as Federal, State and Local Government civil servants working in the state.

Giving a break-down of list of those to be docked, he said 18 were political appointees,10 police officers, four NDLEA personnel, one Customs officer and 22 career civil servants working with the Local, State and Federal Governments.

He then advised defaulters invited to appear before the tribunal and defend the charges brought against them.

Share this on WhatsApp
Related Topics:Code of Conduct Tribunal (CCT)
Up Next