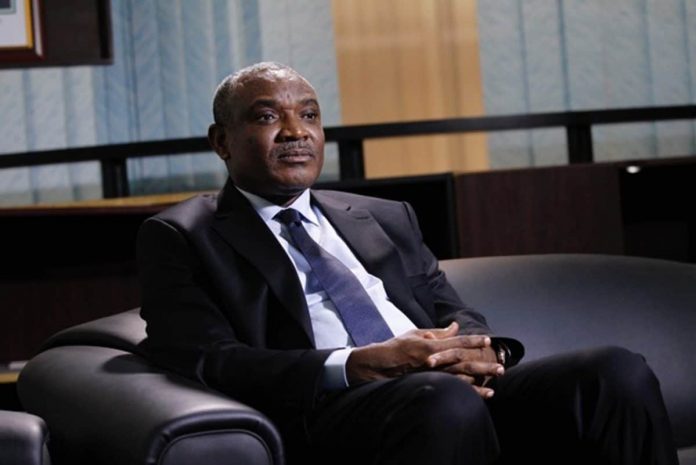 Former chairman of the Special Presidential Investigation Panel for the Recovery of Public Property (SPIP), Okoi Obono-Obla, has tackled the Secretary to the Federal Government, Boss Mustapha and the Independent Corrupt Practices and Other Related Offences Commission (ICPC), stating that he has not been served any suspension letter.

Recall that in a letter addressed to him through Boss Mustapha, Secretary to the Government of the Federation (SGF) in August, President Muhammadu Buhari suspended the former SPIP Chairman.

In the same vein, the Independent Corrupt Practices and Other Related Offences Commission (ICPC) had declared Obono-Obla wanted after he refused to honour an invitation to answer to allegations of forgery and financial impropriety.

In the latest post which Obono-Obla posted on his Facebook page on January 4, 2020, he claimed that prior to his suspension, he survived two attempts to remove him. He added that the directive for him to report at the ICPC was absurd.

“I was purportedly suspended as Chairman of the now disbanded Special Presidential Investigation Panel for Recovery of Public Property through an announcement in the media! Until this moment I am yet to be served a letter to that effect,” he wrote.

“Prior to my suspension there had been two failed attempts to remove me because I was seen as ‘uncompromising, uncontrollable and a non-team player by some people in the upper rung of government.

“For example on the 25 January, 2019, I received a letter from the Deputy Chief of Staff to the Vice President directing me to suspend the activities of the Panel.

“But I simply decided to ignore the letter because the Panel was only answerable to the President and Commander in Chief by virtue of the provisions of the Recovery of Public Property (Special Provisions) Act, 2004 (not to the office of the Vice President).

“However, I want to state that my purported suspension was indeed a breach of the dictates of fair hearing and the procedure laid down in the Public Service Rules regarding the suspension of a public officer.

“In my own case, I was informed in the media of my purported suspension and directed to report myself to ICPC! This is absurd!

“Under our constitutional/criminal jurisprudence, a suspect is presumed innocent till the contrary is proved! Directing me via the media to report to the ICPC to prove my innocence tantamount (sic) to prejudging me even before commencement of the investigation of the allegations made against me.

“Another ridiculous allegation against me was violation of human rights! This allegation is baseless because the panel never had a detention facility throughout its two years of operation!

“Suspects under investigation were always granted administrative bail as soon as they met with the panel’s administrative formalities on grant of bail. Nobody was ever held more than 24 hours.”