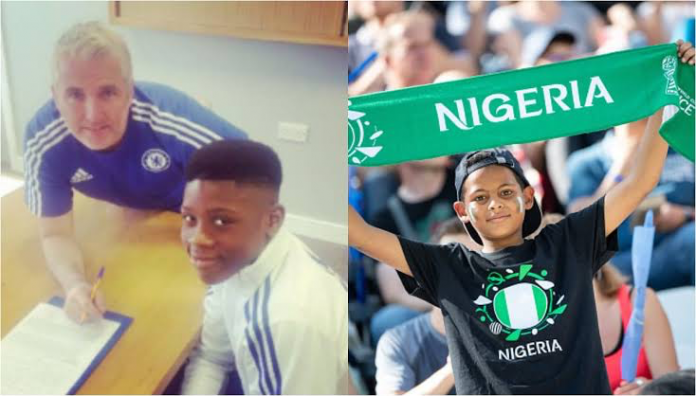 There are indications that the young goalkeeper of Chelsea, Prince Shakiru Adegoke, has been invited to the Nigerian team for the 2019 FIFA U-17 World Cup, by the Nigeria Football Federation (NFF).

A report revealed that Adegoke was recently communicated by the NFF to join the Golden Eaglets of Nigeria in Abuja fro preparations for the coming global competition.

National Daily gathered that in a letter dated 27th August 2019, with reference number NFF/GEN/TECH/204/VOL. IV, the NFF contacted Chelsea and requested for the release of the young goalkeeper in the employment of the club.

Chelsea’s attention was first brought to Adegoke in April 2016, after he was spotted playing for the U-12 team of Langley FC.
FIFA fixtures indicate that Nigeria will be play in Group B of the U-17 World Cup in Brazil which include Hungary, Australia and Ecuador.