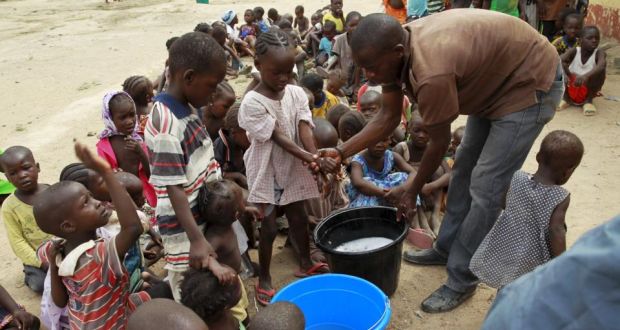 A suspected cholera outbreak has claimed 12 lives in Mubi North and Mubi South local government areas of Adamawa, according to an official of the state Ministry of Health.

The Head of Emergency Operation Centre and Director Public Health in the ministry, Bwalki Dilli, made this known to journalists in Yola on Tuesday.

Mr Dilli said about 134 suspected cases had so far been reported from the two local government areas.

“For now we are in a period of suspected cholera outbreak in two local government areas of Mubi North and Mubi South.

“We quickly rushed to the local government areas and conducted our investigation. We carried out some basic laboratory tests.

“We took stool samples from 11 patients and all the 11 were positive for cholera. But it’s just rapid diagnostic test; it’s not confirmatory,” Mr Dilli said.

He noted that the samples had been taken to a reference laboratory for further investigation and the results were being awaited.

Mr Dilli said the ministry with the support of other partners like WHO had set up a 24-hour treatment centre at Mubi General Hospital.

He urged the public to be on alert and observe personal and environmental hygiene, adding that the state emergency operation centre had dedicated toll-free telephone lines for reports and enquires on health emergencies.