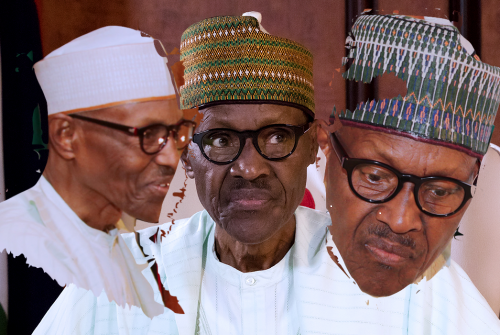 The first meeting of Nigeria’s cabinet since the return of President Muhammadu Buhari from three months of medical leave in Britain has been canceled raising questions over the President’s health status.

President Buhari returned to Nigeria on Saturday after traveling to Britain on May 7 for an unspecified illness, and had written lawmakers on Monday to confirm he had returned and was resuming his duties.

“The meeting of the Federal Executive Council (FEC) will not be held today,” the president’s spokesman, Femi Adesina, said in an emailed statement.

The refusal by officials to disclose details of his illness has caused widespread speculation about the ailment and whether the 74-year-old is well enough to run Africa’s most populous country and biggest economy.

In a televised address on Monday, Buhari looking thin but sounded stronger than his last broadcast in June. He walked unaided off his plane when he arrived on Saturday, though at a slow pace, holding rails on either side of him.

Buhari handed over power to his deputy Yemi Osinbajo in his absence. He informed legislators on Monday he was resuming his duties. The next day Adesina said the president would work from home due to renovations to be carried out at his office.

The medical leave was Buhari’s second in Britain this year after one that began in January and lasted nearly two months.

He reduced his working day to a few hours after returning to Nigeria from his first stint of medical leave on March 10, diplomats and government sources said.

Despite the cancellation of the cabinet session, Adesina said Buhari would on Wednesday receive a report on an investigation into corruption allegations leveled against two senior government officials. The inquiry, launched in April, was headed by Osinbajo.