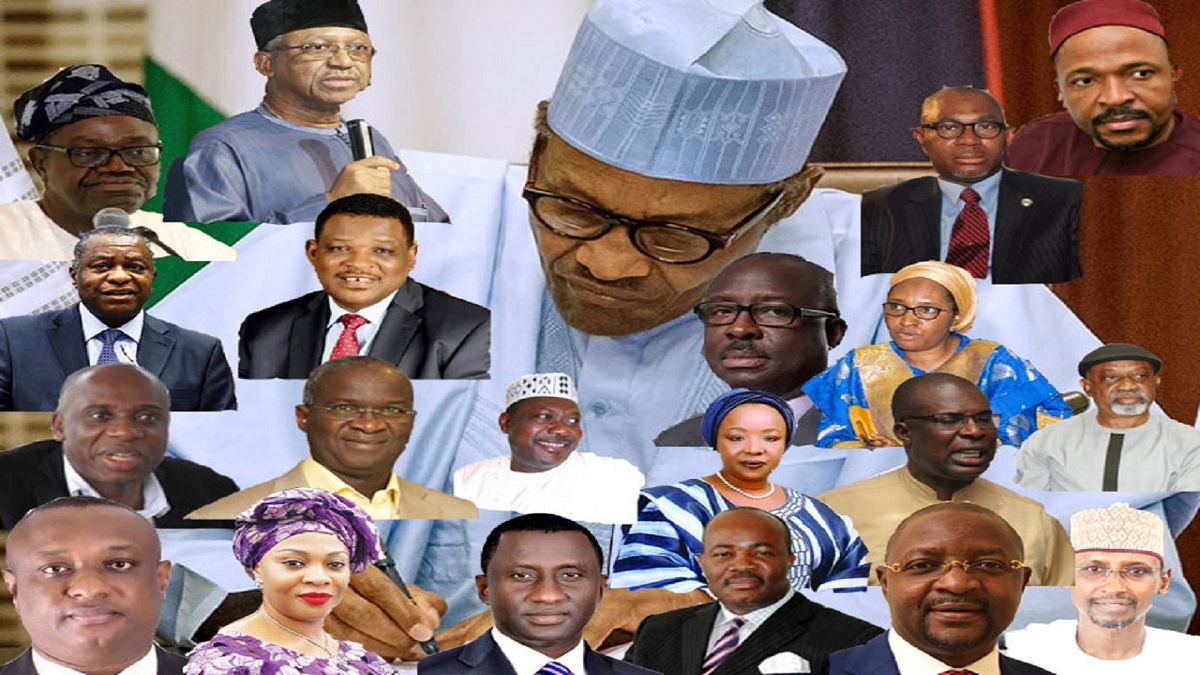 Justice Thurgood Marshall, the late first African-American to serve on the United States of America Supreme Court, had said that neither lawlessness nor anarchy could be justified for any reason. Once excuses are made for either or both of them, or they’re not decisively dealt with, the society is inevitably exposed to a myriad of dangers. Said Justice Marshall: ‘Lawlessness is lawlessness. Anarchy is anarchy. Neither race nor frustration is an excuse for either lawlessness or anarchy.”

Nearly seven years after the All Progressives Congress, APC, displaced the Peoples Democratic Party, PDP, as the ruling political oligarchy on the back of a brilliant propaganda campaign, lawlessness reigns and anarchy is unbound in the country. And the costly impotence of Muhammadu Buhari’s leadership – or lack of it – is manifested every day. The man who as president and commander- in-chief is nowhere to be found as the ship of state is heading for the rocks. He remains splendidly aloof, enfeebled by fatigue and content with just dishing out orders that the public now scornfully mock.

His latest order is for the trio of Timipre Silver, minister of state for petroleum resources, Mele Kyari, group managing director of NNPC, and General Lucky Irabor, chief of defence staff, to arrest the massive pillaging of crude oil in the Niger Delta. How they will accomplish what’s an impossible task remains to be seen. Because so many people, including elements of the special military task force, are heavily invested in the lucrative theft of crude oil.

In the coming weeks, there will be lots of motion and empty promises by the team to make the president’s order a reality. But like most of the president’s directives, this one will unsurprisingly come to nought. And the criminality raging in the Niger Delta and other oil-producing areas will continue unabated.

Tony Elumelu, the usually taciturn entrepreneur and chairman of UBA and Heirs Holdings, recently raised the alarm about the unprecedented level of theft of crude oil. He said a huge proportion of the crude oil produced daily could not be accounted for. Soon after Elumelu’s alarm was sounded, another top oil industry executive repeated the claim that over 90 percent of crude oil produced is stolen. Giving credence to the claim of oil theft, Godwin Emefiele, CBN governor, expressed concern about it and warned that it’s playing havoc with the government’s finances and rebounding badly on the economy.

To be clear, the problem of oil theft isn’t a recent phenomenon. Oil and products pipelines have been vandalized for many years by criminal gangs who say they’re aggrieved by the neglect of the oil-producing communities by the oil companies and the federal and state governments. They set up illegal, artisanal refining operations, using very crude methods to produce all types of fuel. The illegal business is highly profitable as the crude oil is ‘free’. But the cost of the environmental damages is unquantifiable.

Even more than the illegal refining operations is the large-scale bunkering financed by the well-connected and financially-heeled people. They steal crude oil for sale to international oil pirates who have found Nigeria as a reliable source of their illicit trade. This has been going on for years and is sustained by the complicity of the oil companies, particularly NNPC, and the members of the special task forces deployed to arrest the situation. It’s an irresistible gold mine for them. They line their pockets with obscene, illegal profits while the country gets screwed again and again.

The problem has gotten worse since the inception of this administration notorious for its sheer ineptitude and unrelenting penchant for playing the blame game. The president and his party deliberately forget that they were elected to solve the problems they brilliantly exploited to discredit the previous administration. Every problem is the fault of those who controlled power before them. They refuse to own their calamitous failure in governance, making excuses whenever they’re reminded of their promises to do far better than their predecessors.

Just as lawlessness and anarchy is, according to Justice Marshall, inexcusable for any reason, so is abysmally poor governance that compounds problems instead of solving them. How can any government with any sense of responsibility fold its hands and watch criminal gangs threaten the country’s financial jugular? Crude oil is Nigeria’s main foreign exchange earner and ought to be protected with all the might and deterrent resources of the government.

Instead, the government doesn’t know the actual volume of crude oil that leaves our oil wells daily. The proportion of crude oil stolen every day could even be more than the one officially sold. It’s estimated that the country loses anything between three and five billion dollars annually from stolen crude. Nobody knows the real numbers. That’s the tragedy of a country that has been serially raped by so many for so long.

While our government has virtually lost control of what happens in the oil industry, Saudi Arabia is the complete opposite. The Arabian country is the world’s second largest oil producer and largest exporter. Its national oil corporation, Aramco, is now a global behemoth with investments in oil and gas businesses all over the world. The company was valued at over a trillion dollars when it first listed on the London and New York stock markets three years ago.

Saudi Arabia’s oil production operations are highly technology-driven. All the oil fields and individual oil wells are digitally linked to a master control centre that monitors the operations in real time. Unlike in Nigeria, every barrel of oil that leaves any well in Saudi Arabia can be and is accounted for. There can be no incidence of oil theft or illegal oil operations ravaging the landscape. And the country’s refineries and petrochemical complexes are working and are managed on world-class standards.

Our refineries are dead, and we import all our petroleum product needs at humongous costs to the national treasury. While other oil-producing countries are seeing their treasuries bursting with more inflows of petro-dollars because of huge spikes in oil prices due to the Russia-Ukraine conflict, our government is lamenting the opportunity the conflict has presented.

Timipre Silver said recently that the government would prefer that crude oil price didn’t exceed $80 per barrel. The current price, according to him, means that whatever gains we make will be frittered on imports of fuel products with increased prices and payment of subsidy on phantom consumption figures of petrol. Nothing speaks to the ineptitude and impotence of this government more eloquently than the minister’s lamentation.

Every problem the government inherited has gotten far worse. From the economy, capital flight and brain drain to insecurity and corruption, just to list a few, the story is depressing. It speaks of a president who loves to govern as a potentate while shirking the demanding responsibilities of his office. His absence from his own government illustrates the disarray that has marked his tenure as president.

According to John Maxwell, “a leader is one who knows the way, goes the way and shows the way.” Buhari doesn’t know the way to true leadership and nation-building. So, he can’t neither go there nor show it. You just can’t give what you don’t have.

This is the more reason why the next general elections are extremely critical to the survival of Nigeria. We can’t afford to repeat the mistake of electing another absentee president who will simply watch as the country falls apart.

Nigeria is desperately in need of a rescue from the brink of a disastrous failure as a state. And only a transformational and energetic leader can prevent the disaster that will be inevitable if we end up being saddled with yet another one without the requisite skills-set for the job.

In order to save the country, we all need to forgo our primordial sentiments about where the president should come from. We should focus more on how to ensure that we get the possible best person for the job of president.

Nigeria will certainly not survive another incompetent and impotent leadership. Those who fail to learn from their tragedy end up paying higher price for their folly.

Share this on WhatsApp
Related Topics:costly impotencePresident Muhammadu Buhari
Up Next