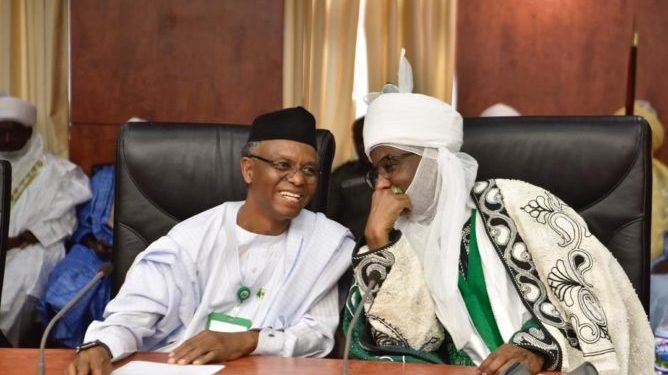 In the ongoing spike in the number of Nigerians testing positive for Covid-19, contract tracing matters to the NCDC, and to those who ca track their own itinerary.

Deposed Emir Sanusi Lamido Sanusi is one of them.

At least two people who either travelled to the UK or got very close to him during his ordeal have either tested positive or hoping for a clean bill of health.

Ovation publisher Dele Momodu was in the UK for an owanbe during the early stage of the pandemic.

He visited Sanusi later,  when the emir was freed by court from the banishment the Kano government put him after deposition.

Momodu would not know about his likely exposure as a UK returnee until a report uncovered how the publisher, along with a tribe of Nigeria’s elite, went to the UK for a birthday bash.

After endowing him with two appointments within days, the governor accompanied Sanusi from Nasarawa to Lagos in a show of solidarity.

However, el-Rufai just tested positive for the virus, having being around Bauchi Gov Mohammed Bala, a Germany returnee now down with the virus