Share this on WhatsApp
Spread the love
A Badagry Magistrates’ Court in Lagos State on Monday ordered that a 47-year-old man, Abodurin Ohai, who pleaded guilty to aiding a suspect to escape, be remanded in a correctional centre.
Ohai had stood as a surety for his brother, Olatunbosun, in a case of conspiracy, burglary and robbery and was granted bail by the Court.
The Chief Magistrate, Mr. Fadaunsi Adefioye who gave the order, adjourned the case until Oct.13, for mention.
The Prosecution Counsel, ASP Clement Okuiomose, told the court that the surety aided the escape of the suspect from lawful custody in a case of conspiracy, burglary, and stealing.
He said that the surety, thereby obstructed, prevented, and perverted the course of justice.
Okuiomose said that the surety entered into a bond for the forfeiture of the sum of N100,000 in the case between the Commissioner of Police and the accused reported by Oguntande Wole, the complainant.
The prosecutor said the offense contravened the provisions of sections 107 and 97 of the Criminal Law of Lagos State, 2015.
Share this on WhatsApp 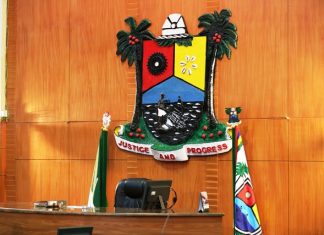