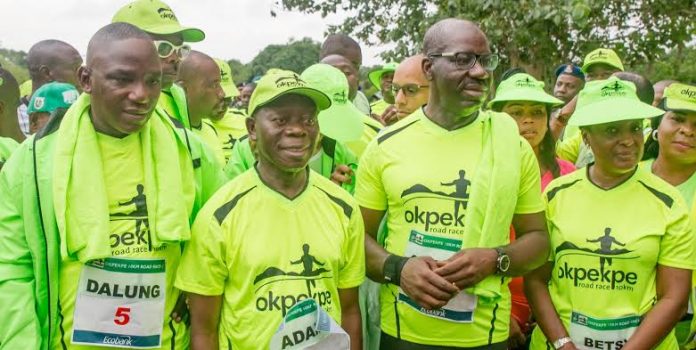 This year’s edition of the Okpekpe 10km marathon is set to witness, for the first time, the participation of a team put together by the   Edo State Athletics team ready to  storm the road race which comes up on May 25 in grand style, National Daily learnt.

The Edo State Team, comprising of 5 male and 5 female runners, is to be led by the Deputy Governor of Edo State, Rt. Hon. Philip Shaibu with an 8 year old girl, Lorelay Holzendorff as the youngest member of the team.

Participated at the OWAN 10km Marathon earlier in 2019, the Warri Peace Marathon and the Access Bank Lagos City Marathon.

The Deputy-Governor of Edo State is expected to lead Team Edo from Benin-City to OkpeKpe on Friday, 24 hours before the 10km road race.