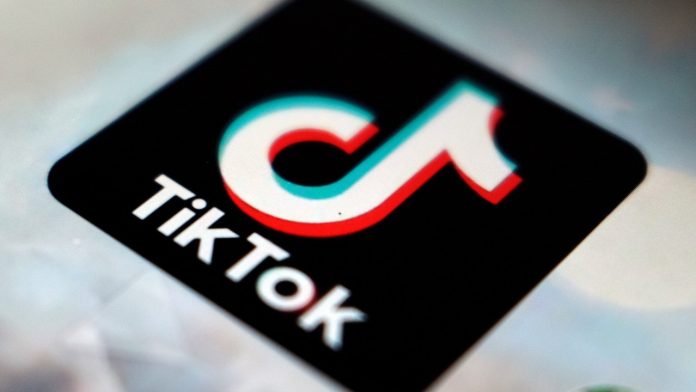 Following a disturbing threat issued on social media, specifically on TikTok,  which quickly went viral about a possible school attack, schools in the United States are taking precautionary measures.

The an anonymous threat on TikTok seemed to warn against students attending class on Friday December 17. The threat or challenge has been tagged “National Shoot Up Your School Day.”

Though there’s no mention of a specific school or district, there are however hundreds of other TikTok posts referencing the challenge and warning students to take precautions.

A user on the platform wrote;

“Idk if this is true or not but apparently there is a threat on December 17 2021, schools in America are going to have a school shooting or bombing.

“[Once] again idk if this is true but if it is, stay safe. My mom called and told me so I looked it up. … stay safe America.”

TikTok responded to the claim by saying it has not found evidence of the threat despite the alarming posts that have since gone viral. The social media giant tweeted;

“We handle even rumored threats with utmost seriousness, which is why we’re working with law enforcement to look into warnings about potential violence at schools even though we have not found evidence of such threats originating or spreading via TikTok.” 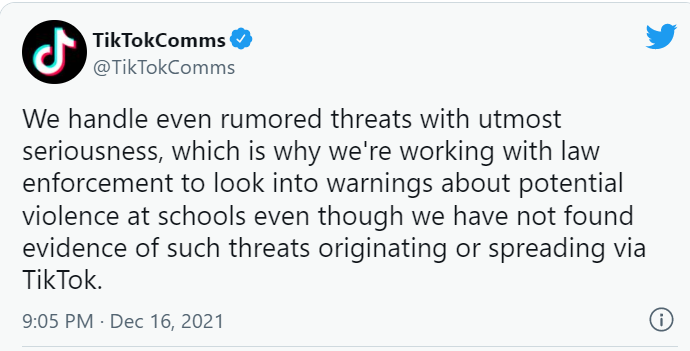 “Law-enforcement agencies around the country are keeping a close eye on schools in the wake of nationwide generic school threat conversations.

“The threats circulating on social media claiming that December 17 is a day to do harm at schools.

“The Northport Police Department is aware of the information. We take all threats, joking or not, seriously.”

Naugatuck Police Department in Connecticut also issued a statement, telling parents they would increase their presence at schools in the “coming days.”

“Due to an uptick in unrelated threats at schools in the region, the Naugatuck Police will be increasing our presence and patrols at Borough Schools in the coming days.

“While there has been NO threat against Naugatuck Schools, students, or staff, the public can anticipate our presence to increase the community’s sense of safety during the coming school days.”

The warnings come less than three weeks after four Oxford High School students were killed during a school shooting in Michigan. Ethan Crumbley, 15, is charged as an adult with multiple crimes, including terrorism causing death and four counts of first-degree murder. He has pleaded not guilty.