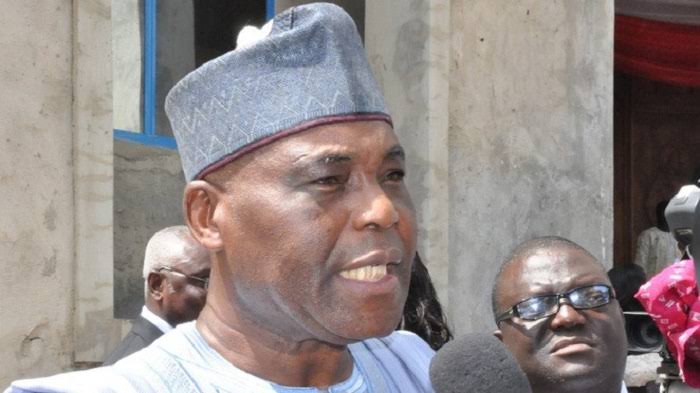 The business mogul was arrested by the police on Sunday.

Dokpesi had boarded a Lufthansa Flight LH916 from Frankfurt to London where he was picked up at Terminal 2 of Heathrow Airport.

The management of his company released a statement Monday morning.

It said Dokpesi arrived via Frankfurt from Abuja and was invited off the plane, before other passengers disembarked.

“Dokpesi was delayed at the airport for some hours before his passport was stamped and he was cleared by British Immigration officials.”

DAAR said his visit to the UK is not unconnected to the British government invitation of the Peoples Democratic Party (PDP) presidential candidate Atiku Abubakar ahead of the 2023 election.

The statement added that the Peoples’ Democratic Chieftain (PDP) made the London trip following the invitation of Atiku Abubakar, the presidential candidate of the party by the British government to share perspectives on issues around next month’s presidential election in the country.

Dokpesi is the deputy director-general, of the technical and systems of the PDP presidential campaign council.

According to the Metropolitan Police Service (Met), in London, the service said it would not give such information to the public.

Morgan, a customer relation officer, said it was mandatory for her not to release a report of an arrest, adding that she could not categorically confirm the status of the arrest or if it was made.

On his part, Debo Ologunagba, the spokesperson of the opposition PDP said that he didn’t have confirmation of the arrest.

Dokpesi is the Deputy Director-General, Technical and Systems of the PDP Presidential Campaign Council.