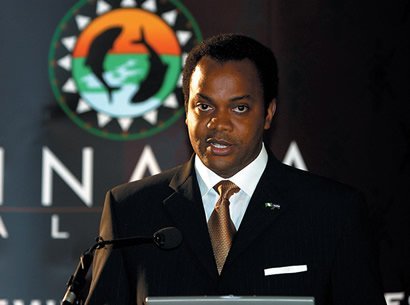 CALABAR tourism is one that makes Nigeria proud especially now that other tourist sites are on the path of erosion. The success of the Cross Riverian tourism is attributed to the former Governor of the state, Mr. Donald Duke, who saw that other resources in the state were depleting and decided to harness the industry in order to contribute to the Internally Generated Revenue (IGR) of the state.

In a recent interface with journalists and stakeholders at the National Summit on Tourism and Culture held in Abuja, Duke presented a paper titled:

He said that his government realised that the perception of so many people about Cross River would stifle the growth of tourism in the state, which must be changed for the state to benefit from tourism. “For instance, Cross River had the highest case of HIV, about 12.5 per cent, which we later reduced to six per cent,” Duke said.

The adjudged Tourism Governor said that his administration, in its bid to practically develop and promote tourism in the state, did SWOT analysis, which brought about a clear picture on what to do to maximally benefit from the money spinning sector.

“We changed the narrative of the perceptions about Cross Rivers State, thereby regulating the hotels in the state and curtailing the spread of HIV in the state.

“We simply made a law to ensure that every hotel in the state put Condom in each of its rooms, and any hotel that did not comply would pay a fine of N1million. Though many people saw this as an attempt to promote promiscuity, which was not. We directed that the Condom be put on the right side of the bed and the Bible on the left. But the Christian Association of Nigeria (CAN) kicked against this, so we reversed it, making the Bible to be on the right side of the bed and Condom on the left,” Duke said.

The former Governor revealed that after putting the necessary machineries in palce, tourism brought about 2.3million people to the state within a month.
“New hotels kept springing up in the state, yet they were never enough. What we generated within a month, through Carnival Calabar, was more than our internally generated revenue in 11 months. Not only that, Calabar Airport became the busiest in Nigeria,” he explained.

He added that “what we did to the Cross River tourism assets is possible in Nigeria as a whole, but it will require political will.”