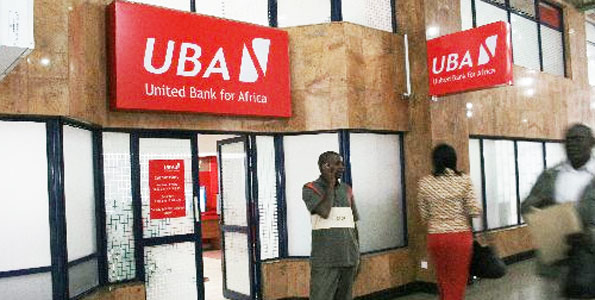 United Bank for Africa has introduced a chatbot, called Leo, available on Facebook messenger, which would enable customers to open new accounts, receive instant transaction notifications, check their balances on the go, and carry out transfers and airtime top up.

Speaking at the unveiling of the chat banking service in Lagos, the Group Managing Director, UBA, Mr. Kennedy Uzoka, said this was the first time that a financial institution in Africa would come up with such a solution to ease customers’ transactions.

Uzoka said that as part of initiatives aimed at putting the customer first, the bank was continuously developing strategies aimed at easing transactions for the bank’s numerous users, while ensuring utmost safety of their transactions.

He said, “The formulation of this product is consistent with the bank’s customer first philosophy, where we are doing things not the way we like, but exactly what the customers want, where they want it, and in the exact platform they want.

“And so, we have been working with technology giants from around the world because for the UBA with so many customers, we have to deal with those who have the global capacity. Therefore, we at the UBA, have collaborated with Facebook to come up with this. In future, Leo will show up with other platforms. All you need to do is to have an account with Facebook,” he said.

While noting that this was the first time this kind of solution was coming up on the continent, he expressed belief that with the huge number of customers the bank had as well as its growing customer base in all the 19 countries of operation, customers would be served using technology, and not just traditional technology, but modern and forward-looking technology.

“Leo being an intelligent personality will give you feedback instantaneously as you transact your business on the platform. A solution that is from the customer’s standpoint, which is easy to use by anyone regardless of your career,” he said.

While giving a step-by-step demonstration on how it would work, the Group Head, Online Banking at the UBA, Mr. Austine Abolusoro, said the Leo was a virtual banker using artificial intelligence service to address customers’ concerns.

According to him, each transaction is secured with a One Time Password that is generated on the phone number that is registered on the account.

He gave other services that would be offered to customers on the online platform as payments of bills, data top-up, mini-statements, loan applications, cheque confirmation and account freezing.

Share this on WhatsApp
Related Topics:chatbotFacebook ChatUnited Bank for Africa (UBA)
Up Next