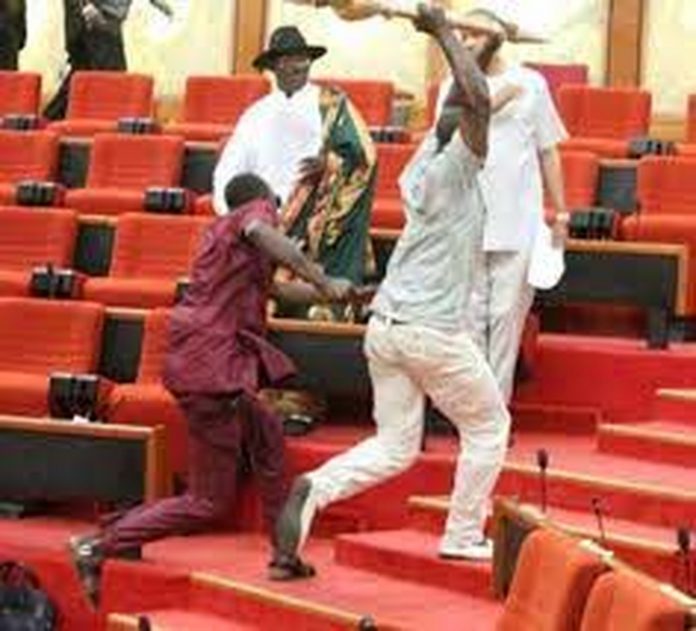 Following the impeachment of Deputy Speaker Yekini Idiaye, the Edo House of Assembly is about sliding into chaos.

Speaker Francis Okiye raised the alarm on an alleged plot by Idiaye and an APC governor to forcefully take over the state assembly.

He spoke on Wednesday during plenary.

According to him, the conspirators are planning to bring in a fake mace to take over the Assembly.

Mace theft is a regular events from the NASS to state assembly across the nation.

“They are in cahoots with the former deputy speaker, Assemblyman Yekini Idaiye, who recently declared support for the candidate of the APC.”

The Speaker called on President Muhammadu Buhari to urgently call the governor and others working with him to desist and allow laws of state to guide them.

“Their planned action is akin to lighting a match in an already tensed political environment. We call on Edo people to rise against this planned plot to subvert their will using external forces.”

Gov Godwin Obaseki and his APC rival Osagie Ize-Iyamu are about starting their campaign for the forth coming election, and politicians, government institutions are aligning and re-aligning.

Idiaye was impeached after declaring support of Ize-Iyamu.