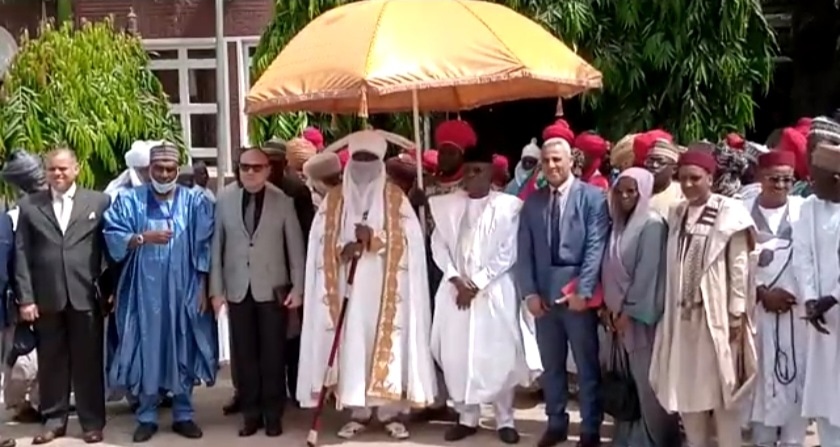 The Emir of Kano, Alhaji Aminu Bayero, has lauded an Egyptian Company, Egta, for its plans to establish Nigeria’s largest rice processing plant in the state.

Bayero said this when he received the company’s delegation in his palace on Wednesday in Kano, saying that the plant would help to boost the economy of the state.

He said that Nigeria had a long term relationship with Egypt lasting for decades.

The Emir pledged the support of the emirate toward the realisation of the project because of its potential economic benefits to the state.

Bayero commended the Egyptian government for its educational support to Nigeria especially Kano State for many years.

Speaking earlier, Mr Basheer Ibrahim, the Managing Director, Egta, said that the rice plant would result in huge economic benefits to the state.

Ibrahim said that the visit was to solicit for the Royal father’s support for the successful take off of the plant.

Share this on WhatsApp
Related Topics:Egyptian companyEmirKanoplansrice processing plant
Up Next