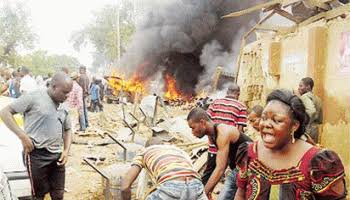 For some time now the region of Southern Kaduna has been on the front pages and headlines of the media. Sadly, the lamplights are not cast on Southern Kaduna because of her tourism, diverse agriculture, her sophisticated cultures or on her wonderful people, but because of the gruesome war that has been waged on her. For a long time, Southern Kaduna has known no peace, the region has become in the words of Bishop Kukah “an inferno of pain, suffering and death”. Tears and sorrows have become her daily menu to the extent that a week hardly passes without one or two communities experiencing gruesome attacks by the deadly Fulani herdsmen. Life for the people of Southern Kaduna has become like what the British philosopher Thomas Hobbes describes in his work State of Nature as “solitary, poor, nasty, brutish and short”. Southern Kaduna has become a place where mafias attack without fear of repel or being caught. Thousands of People have been killed, many women raped, children maimed, houses burnt down and demolished, farmlands destroyed, and places of worship desecrated.

One would have thought that since the situation has become a thing of daily occurrence, by now the government would have rolled out serious plans to tackle the problem or at least show some level of commitment to ending the menace. Rather what we have seen so far is complete negligence and indifference from the government of Kaduna State. Could it be that the situation has overwhelmed the authorities? Could it be that the government which has sworn and made promises to defend and protect the people of Southern Kaduna has suddenly ran out of ideas, Or probably the life of the people of Southern Kaduna do not matter? Is it not a clear case of a government turning a blind eye while a complete region with a population of over three million faces the danger of extinction?

What are the crimes of the Southern Kaduna, what has she done to deserve this level of negligence and abandonment from her government? Is it her fault that her land is richly blessed, or probably because her children are Christians? Southern Kaduna has become that beautiful virgin that is constantly at the anger of lawless and stupid men while the so-called government watches with hands in the pocket.

Are you then going to sit down and watch as the enemy convert your farmlands into grazing reserves? Are you going to keep waiting for government to render a help that may never come? Don’t even think about it. You must stand and protect your dignity; you must fearlessly confront the evil that stares you in the face else you will be consumed by it. Enough with the self-pity Southern Kaduna. “Do not be afraid”, do not give in, do not despair, for time and history are in your favour.

Since history is a guide, all those seeking for the alienation of Southern Kaduna will eventually be put to shame as we have seen it happen to all those who have attempted similar quests in other places in the past. The nation of Israel at some point had to deal with situations similar to that of Southern Kaduna. Israel’s story has been that of intense struggle. Since after the infamous Balfour Declaration in 1917 during the First World War, a declaration that supported the establishment of a Jewish State in Palestine, Israel had to withstand attacks of different kinds from the Arabs. In fact, how Israel is still standing tall amidst the difficult moments she went through is worth admiring. History has it that from 1951-1969 there were no fewer than 70 secrete attacks carried out against her. In 1967, Israel was almost brought to her knees during the Third Arab War when five different Arab countries joint forces to attack her. The young nation of Israel did not only resist the Arabs but humiliated them. Wakeup from your slumber oh beloved Southern Kaduna, no one will fight this war for you. Like Israel, through struggle and doggedness shall you secure your ancestral land and win for your children a better society.

What lessons have you to learn from the Igbo people oh Southern Kaduna? How did an ethnic group that once faced the threat of being wiped out from the map of Nigeria rise to become so powerful and influential?

The civil war was a catastrophy as well as a life defining event for Igbos. Chinua Achebe in a poem titled Vultures in 1971 describes the treatment of Igbos by the then Nigerian military as “savagery: fumes of human roast”. He compares the treatment of Igbos by the Nigerian military commanders to those of the merciless and notorious commandants of the Nazis’ death camp at Belsen. The Nobel laureate Wole Soyinka in his prison memoir The Man Died also described the brutality of the Igbos during the Civil War as a “pattern of genocidal murders taking place in Nigeria.” However, defying all odds, the Igbos took it upon themselves to address the systematic structures that have been carefully constructed to enslave its people. As it stands, today the Igbos are one of the most successful ethnic groups in Nigeria. Oh Southern Kaduna have you still not learnt anything from these people?

Yes! Given that you’ve made your own share of mistakes in the past, you must not beat up yourselves too much.

The divisions that exist between the different ethnic groups amongst you must immediately cease. For “every house divided against itself cannot stand.” You cannot confront a formidable enemy as the deadly Fulani Jihadists while your house is not in order. At these critical times the people of Southern Kaduna must come together, if at all, their fight against the evil that threatens their existence will be effective. The spirit of solidarity must be rekindled. Any attack against a community must be seen as an attack against the entire people of Southern Kaduna. Those in Kafanchan or Zankwa must never feel that an attack in Kajuru, Kurmin-Risga or Bakin kogi does not concern them. You all need each other to make it through these difficult times. Is either you stand united or fall divided.

Since no battle has ever been won without sacrifice and strategic planning, Southern Kaduna must wake-up from her slumber and confront the unfortunate situation that is befalling her. These killers obviously have a plan, and they are not backing off until it is achieved. They want to bring you down to your knees so as to make it easier to extend the dominance of the criminal ruling class in Kaduna state. Please do not fall for the camouflaged body language and empty promises of Malam El-Rufai. He is part of the Islamic Mechanism that the northern elites use to continue their system of oppression and dominance of Christians in the north. You must stand for yourselves. You must take the bull by its horn. You must know that you are in this battle alone.

“Be sober, be watchful. Your adversary the devil prowls around like a roaring lion, seeking for someone to devour. Resist him.”