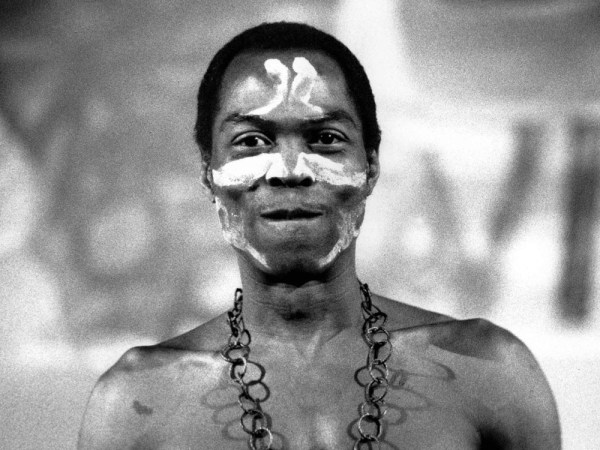 Share this on WhatsApp
Spread the love
By Boluwatife Ezekiel Olaleye
Human rights lawyer, Mr. Femi Falana (SAN), has revealed that the late Afrobeat legend, Fela Anikulapo, remains his most interesting client.
He recalled that Fela used to walk up to him to inform him ahead of his plans to violate the law, telling him to get ready to defend him in court.
According to Falana, Fela had a penchant for breaking the law, but he got away with a lot of violations because he always prepared his defence ahead.
A video clip circulating on the Facebook captured Falana as saying this during a lecture organised as part of the activities marking this year’s Felabration and Fela’s 79th birthday, which was marked post-humously.
Falana said, “I was Fela’s lawyer and I can tell you here, he’s been my most interesting client.
ALSO SEE: Python dancing to Fela, Femi Kuti
“Fela, for many of us, had propensity for criminality – for many people. But here was a guy, Fela would tell you, ‘Femi, I wan commit this offence’. ‘Ah, no nao’. And he would say, ‘No, I am going to breach the new colonial law, it’s your business to defend me’. And as far as Fela was concerned, he would do it. And one thing I found very interesting was that he would have done his own work, all you then needed to do as lawyer was just to look for the law to back up his own defence – a defence that you cannot challenge in any court. And that was how Fela got away with a lot of violations of the legal system.”
Falana also recalled how Fela spiritedly fought the military and campaigned against the white colonialists by delivering lectures and circulating a book titled, “How Europe Underdeveloped Africa,’ among undergraduates in the Nigerian universities.
Falana said, “As an undergraduate, one of the most valuable books I ever came across was ‘How Europe Underdeveloped Africa,’ by Walter Rodney. Fela it was who circulated and publicised that book in Africa.
As far as Fela was concerned, that book had to be a compulsory read for every African undergraduate. You hardly would find such a book now. Fela would come to campuses with lorryload of books. Fela, in two years, delivered about 60 lectures on our campuses in the 80s, just to challenge Africans to drop our colonial names; to challenge us to decolonise our minds. Fela fought the African soldiers. Fela knew soldiers were a danger and Fela told all of us when soldiers invade a town, they loot, they rape, they steal and that, therefore, we have to fight the army.”
Share this on WhatsApp
Related Topics:Afrobeat legendFela AnikulapoHuman rightsLawyerMr. Femi Falana (SAN)
Up Next

Why I picked Gani Adams as new Aare Ona Kakanfo

Nigeria ready to tackle US, UK, others over visa delay