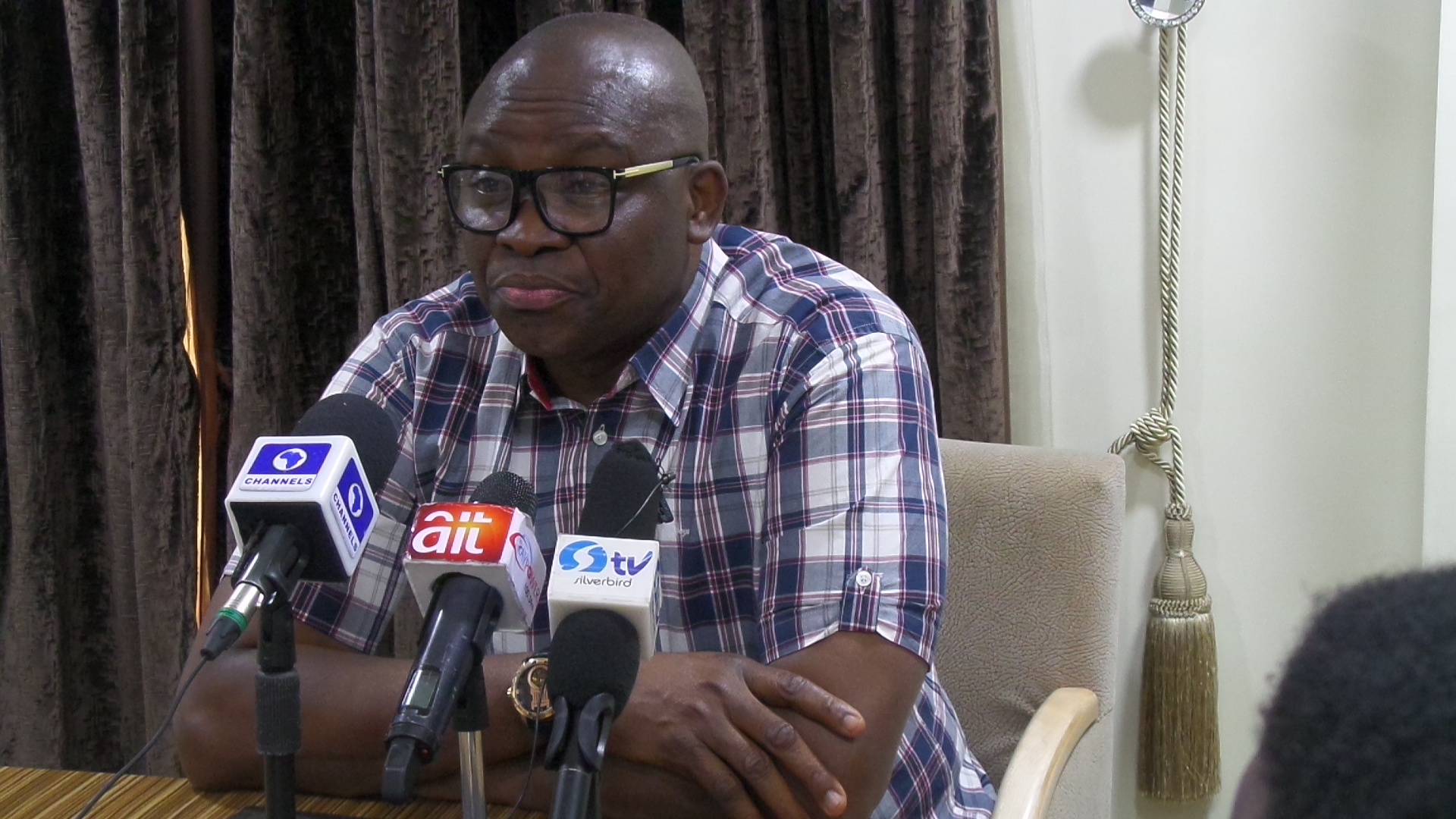 Governor Ayo Fayose of Ekiti State seems to be working on political calculations that threatens the interest of the North in the 2019 presidential race. The Ekiti State Governor also flouts the zoning agreement of the PDP as he prepares declare his presidential ambitionon Thursday. In the Party’s reconciliation and rebuilding programme, the 2019 presidential ticket has been zoned to the North while the PDP National Chairman has been zoned to the South West which Fayose represents.

Interestingly, Governor Fayose has been in the vanguard of PDP’s battle to redeem the party structures at a time Senator Ali Modu Sherriff, controversial acting chairman of the party, held the PDP to ransom.  The Governor has also been in the frontline on the rebuilding of the PDP after the leadership crisis. Part of the rebuilding principles adopted by the party is clear zoning of offices in the preparations for the 2019 general elections.

Meanwhile, PDP, responding to Fayose’s letter of intension, notified the Governor that the party’s candidate for the 2019 election will come from the North, admonishing him   not to waste his resources on his presidential project.

The PDP maintained that all members are aware of the zoning formula it adopted for both its presidential ticket and the position of the national chairman.

Fayose had sent letters to some PDP leaders, informing them of his decision to run for the Presidency on the platform of the party.

The indicated that his declaration for the presidential race will take place in Abuja on Thursday.

The letter was signed by the governor on behalf of Ayo Fayose Presidential Campaign Organisation.

Perhaps, Faysoe may be testing the entrenchment of internal democracy in the PDP. Even after declaration of his declaration for the presidential race, PDP leaders or eh party’s political machine still have the mechanism to work out a consensus candidate before the party’s national convention. The party also has duty to mobolise support for a preferred candidate before the national convention. So, Fayose could not be stopped by fiat, his role will strengthen internal democracy in the PDP.

PDP on warpath with Fayose