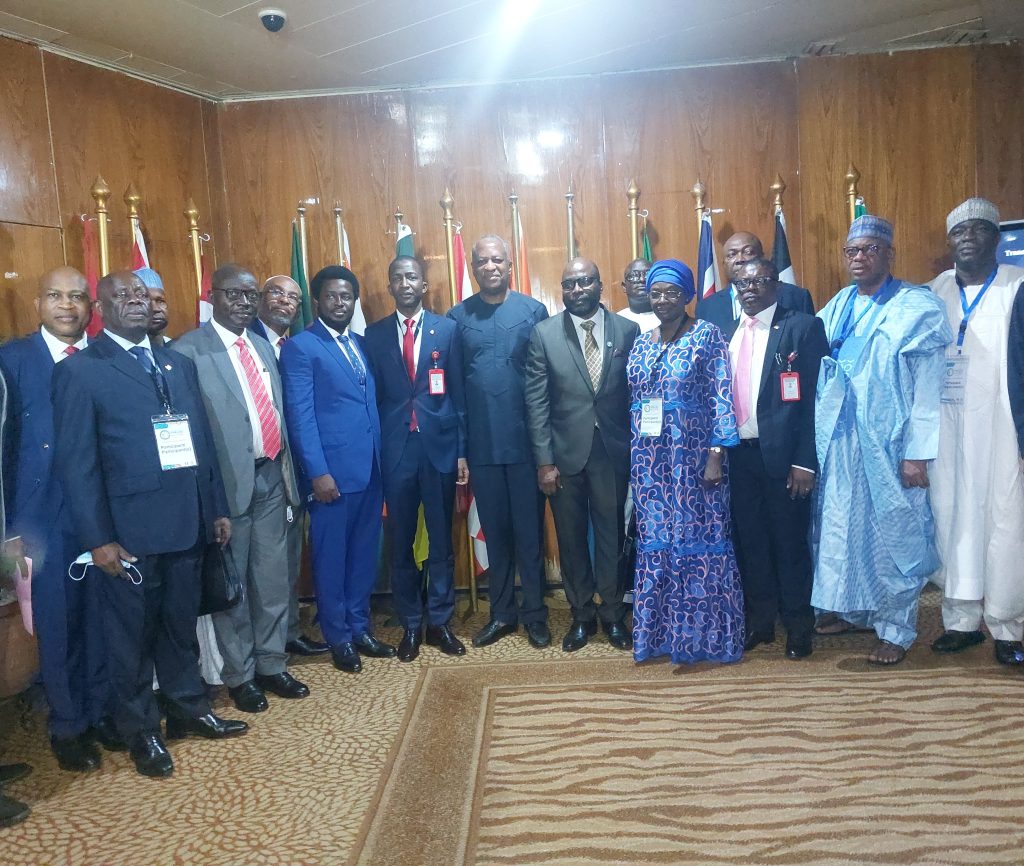 The Federal Government has reiterated its commitment to support the anti-graft agencies in the country in contributing to the AU’s efforts at preventing and combating corruption on the African continent.

The Minister of Foreign Affairs, Mr Geoffrey Onyeama, stated this at the 5th Annual General Assembly Meeting of the Network of National Anti-corruption Institutions in West Africa (NACIWA) in Abuja on Monday.

The 2-day event is with the theme, “The Role of Regional Economic Communities in the Implementation of the African Union Convention on Preventing and Combating Corruption.”

The event was jointly organised by the Independent Corrupt Practices and Other Related Offences Commission (ICPC) and the Economic and Financial Crimes Commission (EFCC).

Onyeama said that the need for law enforcement and anti-corruption agencies in the West African sub-region to play more involving roles in the preventing and combating corruption underscores the importance with which the event was viewed.

He said the Federal Government would continue to provide the necessary material and capacity support to its agencies saddled with the responsibility of dealing with corruption and other related crimes.

“The Nigerian government believes that the West African sub-region has always being at the forefront of the fight against corruption and as such NACIWA shall be supported to achieve its objectives.

“We are confident that deliberations from this meeting will come up with recommendations that shall assist Heads of State and Government of the sub-region with strategies to deal with the issue of corruption,”he said.

Mr Bolaji Owasanoye, Chairman ICPC, said that the event would offer the anti-corruption institutions the opportunity to reflect on their obligation to talk directly to one another in the spirit of Art.

The ICPC boss said an organisation such as NACIWA could encourage Member States to criminalise corrupt practices and adopt legislative, police and technical measures for the prevention and detection of corrupt practices.

Owasanoye added that the theme was significant because it underscores the fact that, regional Economic Communities such as ECOWAS are vital in the implementation of the laudable objectives of the Convention.

“We are all aware that corruption is a significant contributory factor to Africa’s under-development.

“This realisation informed the adoption of the convention, and I dare say, the formation of NACIWA.

“One can surmise that the inability of our institutions to fully implement our individual mandates and by implication the regional treaty obligations is a contributing factor to the resurgence of unconstitutional take over of government within the West African sub region.

“I have no doubt that we will all rededicate ourselves at this conference in our discussion in fighting corruption as the common enemy which is threatening the stability of our countries,”he said.

On his part, Mr Abdulrasheed Bawa, Chairman, EFCC, said that the Commission had secured an unprecedented conviction record of 2220 cases in the past one year.

He added that the commission also recovered in excess of N152 billion, 386 million dollars, among other recoveries.

He said the commission had also embarked on several reforms aimed at strengthening the institution, including the launch of a reporting application known as Eagle Eye.

The anti-graft boss explained that the Eagle Eye application would ease the reporting of incidences of economic and financial crimes by the public.

“The EFCC has further developed a five year Strategic Plan that guides its operational approach in law enforcement action.

“ECOWAS sub-region is threatened by existential security challenges which may not be unrelated directly or indirectly to corruption.

“We must therefore intensify efforts to stem the spate of illicit financial flows within the sub-region including illicit flows by Politically ExpoPersons (PEPs).

“We must also continue to amplify effective collaboration and intelligence sharing in our quest to rid the sub-region of economic and financial crimes while collectively addressing the security challenges prevalent in the sub-region, “Bawa said.

Brou, who was represented by Prof Femi Ajibawa said, “in recent times, corruption crisis has led to a loss of trust and confidence between the citizenry and government.”

He added that it was an issue which has partly contributed to democratic reversal that the ECOWAS region was currently facing.

“A coherent, coordinated and renew commitment to fight corruption and promote integrity is now crucial to restore citizens’ confidence.

“This will also pave the way for democratic consolidation, inclusive development and sustainable peace in the region,”he said.

On his part, the President, NACIMA, Francis Kaifala, said the network has been very active in Anti-corruption drive in the sub-region.

He emphasised that the recent cases of coup had affected NACIMA’s mission and vision in West Africa.

“The work of our membership have been useful in coordinating our activities to ensure that we conduct borderless investigations and support each other, addressing money laundering and other financial related crimes plaguing the region”.