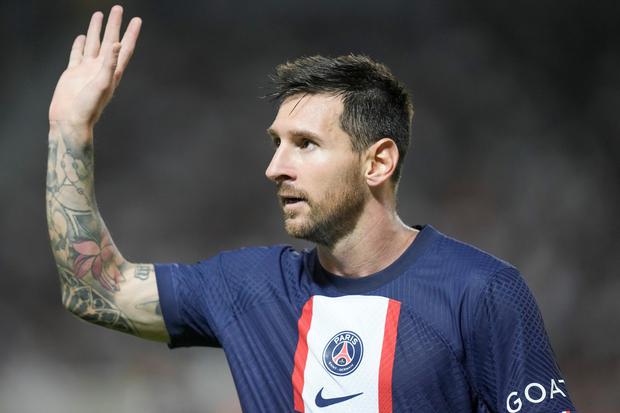 There could finally be an end to the spell of Argentina’s World Cup hero Lionel Messi at Parc des Princes following a recent report by Beteve – via Miquel Blazquez which suggests that the 35-year-old is not prepared to sign a new deal in the French capital National Daily can confirm.

Though the seven-time Ballon d’Or winner had struggled to hit his regular goalscoring heights during his debut campaign at the PSG when he netted 11 goals in all tournaments while setting up 15 more.

But since Christophe Galtier arrival as a replacement for Mauricio Pochettino, Messi has flourished in the star-studded frontline with former Barca’s team-mate Neymar and Kylian Mbappe at PSG.

The Argentina international already has six goals and eight assists to boast from 11 outings this term, as his side sit two points clear of Marseille at the top of the Ligue 1 table.

However, Messi’s underwhelming first season at the Parc des Princes had led to the speculation that he could exit PSG after just one year, but he will seemingly honour his contract until the end of the campaign.

Meanwhile, an option to extend the former Barcelona talisman’s stay until 2024 does exist, but he could potentially depart as a free agent in under 12 months’ time as a return to Camp Nou continues to be mooted for the 35-year-old especially as it is suggested that Messi is not prepared to sign a new deal in Paris.

As a result, the South American will end his association with the Ligue 1 champions at the end of the season, although his next career move remains shrouded in uncertainty.

The attacker – who has 17 goals and 23 assists in 45 outings for PSG in all competitions – has been linked with a move to MLS if a return to Barcelona does not materialise.

La Blaugrana are rumoured to be making plans to facilitate a reunion with Messi, though, with the Argentine bidding farewell in 2021 after Barca’s economic situation made it impossible for the club to keep him.

National Daily learnt from a recent report which claimed that Barcelona were considering re-hiring Messi in a club ambassador role when he hangs up his boots, but a return to the playing squad has not been ruled out either

Meanwhile, National Daily understood that President Joan Laporta has brokered numerous deals to alleviate Barca’s financial crisis, but Messi would still need to take a massive slash on his salary to perfect his Camp Nou’s return.

It was further gathered that Barcelona’s economic vice president Eduard Romeu was recently questioned on the possibility of re-signing Messi by Mundo Deportivo, and the Catalan chief insisted that such a move could be feasible next summer.

“As it would be on a free, so surely yes. [But] it would be a technical decision, anyways. There is salary margin, we made an effort this summer & if any signing is needed [January], we’ll analyse,” Reshad Rahman quotes Romeu as saying.

Messi left Barcelona in 2021 as the club’s all-time leading goalscorer and appearance maker after registering 672 strikes in 778 matches for the La Liga giants.