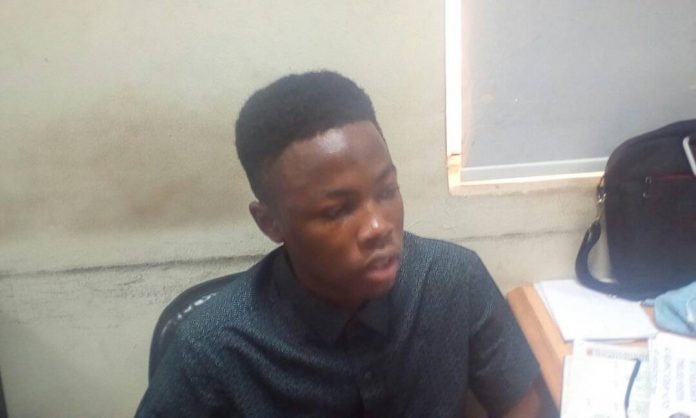 A newly discovered Nigerian genius, Master Joseph Lambo has disclosed that maintaining the mentality of being the best at everything you do and stopping at nothing till the best is attained, remains the drive for outstanding success, the 17 years old lad who at one seating for the Senior Secondary School Certificate Examination made A1 in the 9 subjects;Marketing, Further mathematics, General mathematics, English Language, Civic Education, Biology, Chemistry, Physics and Computer Studies, harped on the need of students to be studious and focused,also stressing the impact of good parentage in the life of a child in this interview session granted in the presence of his mother, Mrs. Olubunmi Lambo. Excerpt:

As a youngster what is your success drive for attaining set goals and what advice have you for youths in the society today?

I believe that one should set goals and be determined to achieve your goals in life. Just try to be the best and don’t waste your potentials.People get angry often when they lose,but my advice is that try to be the best in all you do because if you say this person is there and already the best,then you are downgrading yourself and working below your potentials,whenever I see something even if it is something, that people feel that you can do this,or it is not meant for you,nothing can stop me from being the best. When I was in year nine, I was not a sport person and someone once said that football was not for me, so I decided to go into the game to prove the person wrong. There is nothing I cannot do if I set my mind on it. I was the captain of the soccer team in the school then while graduating. So, the main mentality one should imbibe is that of striving to be the best at whatever you do ignoring anything that might distract or discourage you,you have to strive to be the best in whatever you do and don’t settle for anything less.

What can you say about your academic achievement?

He also paid glowing tributes to his parents, Mr. and Mrs. Michael Adegbola for their moral and marital support.

As a youngster you seem to be a goal getter being not easily deterred ow do you normally achieve your goals?

I believe that one should set goals and be determined to achieve your goals in life. Just try to be the best and don’t waste your potentials. Nothing can stop me from being the best. When I was in year nine, I was not a sport person and someone once said that football was not for me, so I decided to go into the game to prove the person wrong. There is nothing I cannot do if I set my mind on it. I was the captain of the soccer team in the school then. So, the main mentality one should have is to be the best in whatever you do and don’t settle for anything less.

What can you say about your academic achievement?

My name is Joseph Lambo, but I give all glory to God over the academic achievement. Most of the time, when I feel that something is difficult and unattainable, I just pray to God and I believe that God always helps me to achieve it. I have always been coming first in school. The Senior Secondary School Certificate Examination (SSCE) was like a challenge because all the examination, where I had been getting the best results were internal examinations, people did not know that I could repeat the same feat in an external examination. The best result in my school last year was seven As and it was like a goal for me to surpass his result so that people could know that it was not only in internal examinations that I could do well. Apart from that, I had to read hard, sometimes I sleep at 4am and wake up at 6am just because I was reading. I was also able to succeed through the help of my friends and colleagues and I thank my parents for their financial and mental support throughout my entire school. These were the things that helped me to achieve my results. I also give thanks to God and my parents for helping me to achieve the results. 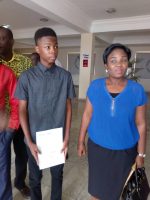 Apart from academics, what other things do you do?

Apart from academics, one of my hobbies is watching or playing football. This even helps me in my academics. My row models are footballers seeing them work hard gives me extra  motivation to work hard because the amount they earn is unbelievable. Sometimes, I just feel that if I work harder I could be known or be celebrated as much as them. Apart from football, I am also good with computer system. I used to make games at a period, but I had to stop so that I could put in more efforts on my academics. I still hope to use my knowledge of computer and coding in the future so that it could help me get streams of income that help me in my career after finishing school.

What were the roles your parents played in achieving the result and what career do you hope to pursue in the future?

From primary school, my parents have always been a determining factor in all my achievements. My father and mother always spend time to help me in my assignment and they paid for one lesson or the other for me apart from paying my school fees. The support and the motivation they have been giving me are helpful. I don’t think I could have done what I did without them.

We have had situations where some private schools assist students to pass their external examinations will you say this feat was 100 percent your’s, what is your experience like and have you written JAMB exam?

I have written JAMB and I scored 275, but the computer I used had problem and I could not start until 30 minutes after others had started because of several problems. Also, there were errors in my English Language paper, the nearest in meaning was opposite in meaning and I lost about 40 points because of that mistake. My school of choice is the University of Lagos and post-UTME is not yet out there. There was power problem in the centre, where I sat for JAMB and to even connect the server was hard due to the administrator, there were so many problems at the center. I really tried my best in the examination, but there was nothing I could do again. I am now 17 years old.

On examinations malpractice, my school actually organized a long seminar on that. My principal, Mrs. Onochie is a very religious person as she is a Pastor of the Redeemed Christian Church of God (RCCG). She is against malpractice and she organized a seminar about it for us. A school in the area once  had its external examination cancelled over malpractice, so she does not tolerate it at all. The distance between students during examinations was very far. We were on our own, she only allow us to help each other before the examinations and this made us to work hard. The result of the examination was generally good in my school. However, no student or teacher would assist you, we were not allowed to communicate with anybody during examinations. The only  role my school played was to teach us well before examinations and they taught us how to deal with stress and handle examinations.

Have you applied for scholarship awards?

How many students had nine As in your school?

I was the only one, who had nine As there, three other students had seven As, while about five others had five As. But nobody failed in my school, but all of us had results that could give us university admission.

What can you say about your son, Joseph Lambo?

We thank God he was able to achieve this, parents should help their children to be the best in whatever they do. When Joseph was a child, he was always serious with his books. Prior to when he started his kindergarten, he would hold his crayon and eraser and once he wakes up, he would ask for his materials.

That was even when he was as young as a year old. He has always been the best in school since his days at Unique Children School, Omole Estate, Lagos. Right from his days in kindergarten to primary school he was always the best graduating student. He started to be the best again from year seven at Unique Heights, which is the secondary school, till he graduated. So, when the Senior Secondary School Certificate Examination (SSCE) came out, it was not a surprise because we had been expecting him to be the best. He represented the school in many events, where he won many medals, but all the same, all glory goes to God.

Is the performance hereditary?

I would say it is hereditary because my father in law, the late Dr. Joseph Lambo was the best in his field as a medical doctor. My son was named after him. Also, my husband was the best graduating student in his time in the University of Lagos he was also the best in the CIBN in Nigeria. My other children are like that too. 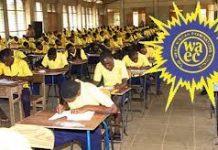