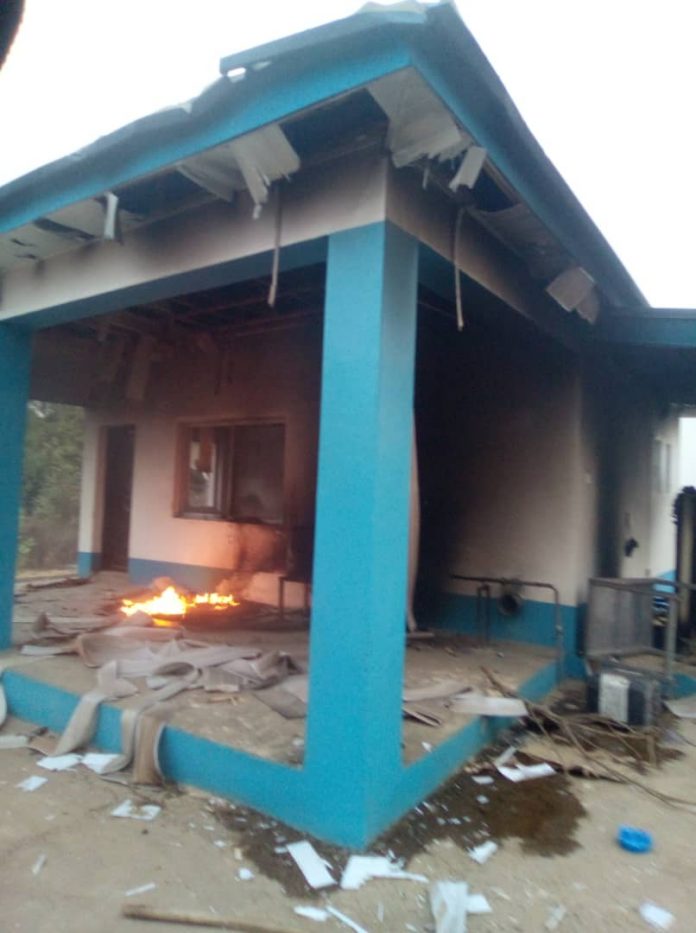 In a sort of climax to the escalating crisis between the Fulani community and Igangan indigenes of the Ibarapa North LGA in Oyo, some angry youth torched the house and cars of Fulani leader Saliu Abdulkadri in the town on Friday.

The violence erupted after Sunday Adeyemo, aka Sunday Igboho, delivered a seven-day ultimatum the Fulani community whose members are alleged to be involved in criminal activities in the state. He was also there at Igangan on Friday before the incident.

Abdulkadir, the seriki Fulani of Oyo, has confirmed the attack on his house.

“As we speak, we are in the bush. Our cars numbering about eleven have been burnt. Some of my children sustained injuries and we are finding a way to take them to the hospital. My children have left their houses for the bush,” the Daily Post quoted him as saying.

He claimed the police, operation burst and other security agencies were there when they set his house ablaze.

Adeyemo has however denied he incited the violence.

Oyo Gov Seyi Makinde has condemned the ultimatum and role Adeyemo has been playing in the crisis.

According to the governor, criminals are the enemies of the people–not Fulani or any other ethnic group.

Makinde said he will not allow any nonstate actor trigger ethnic crisis in Oyo.