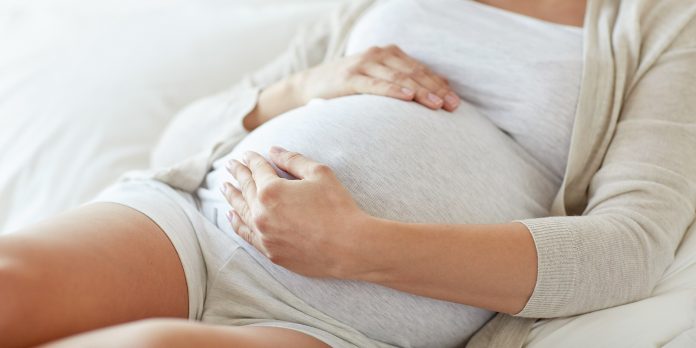 John Kashanu and his wife, Bimpe are self-professed “late bloomers.” They courted for five years before deciding to tie the knot, but they never expected the pattern to follow them into parenthood. It did.

They tried to conceive a baby for a full three years before Bimpe finally got pregnant.

“It was a surprise because I fully expected, like every woman does, that when the birth control was gone, it would happen next month,” she says. The couple had even begun some initial infertility testing to make sure everything was OK, although Bimpe got pregnant shortly thereafter.

The fact is, however, that getting pregnant is often more difficult than we’ve assumed, especially the older we get.

READ ALSO: What men do every morning that can lead to infertility

“Many people think that human reproduction is a much more efficient process than it really is,” agrees Dr. Kehinde Gbenro of Isolo General Hospital.

So to avoid the surprises — and disappointments — that might come with failure in those first few attempts, here’s the lesson you probably never heard from your parents or teachers on how to get pregnant.

First of all, rest assured that the odds are definitely with you. About 85 percent of all couples will get pregnant within a year, but it’s also wise to have some realistic expectations.

The average time it takes to conceive, for instance, is about six months, and women fewer than 35 should wait until they’ve tried for a year before they consider calling their doctor or a fertility specialist with concerns, says Dr. Gbenro.

For older women, the picture changes. Not only could it take longer to conceive, but there are fewer chances of succeeding.

“Women 35 and older who think things aren’t quite right, maybe their menstrual cycle is off, should bring that to someone’s attention fairly quickly — within three months if they’re not pregnant yet,” says Dr.

Alex Otiko, a gynaecologist with a private hospital in Ipaja, Lagos. “If things seem absolutely fine, then they should contact someone after six months.”

The problem is that many women nowadays who are postponing children until later in life for a variety of reasons often don’t realize until it’s too late about the reduced odds, says Dr. Otiko.

Mustering the patience until you conceive is often easier said than done. Standing on your head after intercourse, hanging upside down by moon boots, hypnosis — they’re all examples of measures that couples might only reluctantly admit to.

So far, however, experts say there isn’t enough evidence to prove that any particular positions, time of day or activity after intercourse make a difference.

The fact is, there’s still only one way to get pregnant — by sperm fertilizing the woman’s egg, which can happen for only about 12 to 24 hours after ovulation — approximately 14 days before the end of a woman’s monthly cycle. Ovulation sometimes can be harder to predict if a woman’s cycles are irregular. And for women who are getting older, monthly cycles first get shorter, then longer the closer they get to menopause.

Common signs of ovulation are increases in vaginal mucus discharge and abdominal discomfort on either side of the pelvis (called “mittelschmerz”), but most women usually aren’t attuned to those signs, says Dr. Otiko.

There are some relatively controllable factors that may be slowing down a couple’s ability to conceive. For women, they include being too overweight or underweight, eating disorders, excessive exercise, smoking and drinking.

For men, smoking and drinking also can reduce sperm count, as can marijuana use and even hot tubs. However, there are also a lot of old wives’ tales out there, too. There’s no merit, for instance, to common folklore cautioning men that briefs hinder sperm production more than boxer shorts.