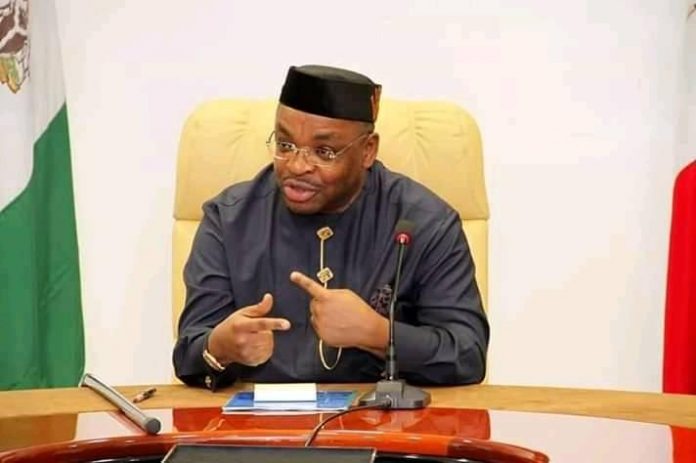 Gov. Udom Emmanuel of Akwa Ibom, has assured people of the state that he would reconcile aggrieved members of the Peoples Democratic Party (PDP), after the party’s primary elections.

Emmanuel said this on Sunday, while speaking with newsmen at his country home, Onna, after the State House of Assembly and House of Representatives primaries.

He said though delegates to the primaries were limited to recently elected ad-hoc delegates, candidates chosen were capable of ensuring a clean sweep for the party in next year’s general elections.

According to the governor, the party remains united and strong, in spite of grievances from some members, adding that winning elections remains an act of God.

He, however, expressed confidence that all challenges confronting the party would be resolved.

“Today, I decided to obey the rules of the Electoral Act that disqualified me from being a delegate, I refused to go near the venue.

“I have come to understand that whatever comes our way, is an act of God, we cannot blame anyone.

“Akwa Ibom is PDP and PDP is Akwa Ibom, I hope to immediately set up a reconciliation committee for those of us feeling aggrieved that probably the process, today, did not favour them.

“It is an act of God and there is nothing anyone can do about it. No one in this country saw this coming.

“So, we must take it the way we have seen it, so the committee will reconcile and bring them back together,” Emmanuel said.

The governor then commended the party for the smooth conduct of the primaries.

Meanwhile, Mr Ephraim Inyangeyen, an aspirant from Akwa Ibom South Senatorial District, said a group of aspirants in the state had decided to pull out of the primaries because of the pending court issues arising from the last ad-hoc delegates election in the state.

Inyangeyen, the former Chief of Staff to the governor, said that the exercise conducted by the PDP in the state was illegal and could not be considered as a democratic exercise.

He said a group of aspirants had asked the leadership of the PDP in the state to provide a level playing ground for all aspirants, to contest and prove their popularity.

He expressed disappointment at the government for failing to provide that level playing ground, because “they were afraid to lose in a free and fair competition”.

“We approached the court and an injunction was granted against the conduct of the exercise in the state.

“I remain in my house today, I don’t mind what they are doing. I am a law abiding citizen and whatever they are doing today, we would challenge it in court.

“We have asked our supporters to shun the primaries because it is being conducted on illegality,” he said.