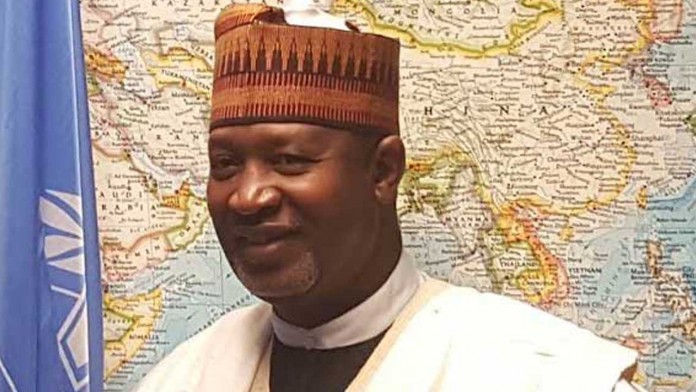 NIGERIA Aviation Professionals Association (NAPA), has questioned the performance of Minister of State, Aviation, Senator Hadi Sirika and the Nigeria Civil Aviation Authority (NCAA) Director General, Captain Usman Mukhar insinuating that they are both below par.

National secretary of NAPA, Comrade Abdulrasaq Saidu who made this known in an interview granted recently said that there is a lot of conspiracy between the Minister of State, Sirika and chief executives of aviation parastatals giving that as reason the Minister has not been able to sanitize the agencies.

Comrade Saidu observed that the minister has been’ too friendly’ with the chief executives because of past business transactions with them when he served the country from the senate, stating that this familiarity and his personal interest has made him unsuitable to continue piloting the affairs of the industry.

Comrade Saidusaid,” He (Minister) has a lot of conspiracy with some of the chief executives of parastatals to enable them tidy their houses. It is being rumoured that even when he was in the senate and as a member of the committee on aviation, one of his companies secured contract to build the Katsina international airport.”

“It is a founded allegation. If it’s unfounded allegation, why is Sirika directing the management of FAAN to pay him. Has he done the job? So, I don’t think he is competent or he has a moral right to be the minister of Aviation, judging by his relationship, his achievements, what he has gained in terms of contracts at the Katsina airport. “

“So, even if it is rumoured, if it is not true, in an advanced countries, once it’s mentioned, the person will be reassigned or resigned but here, they will be covering up their atrocities. The current minister state Aviation is not competent to be there, he ought to be reassigned. If president Buhari wants result in the aviation sector.”

On regulation in the industry, Comrade Saidu said the standard of Nigeria Civil Aviation Authority (NCAA) has been bastardized now stating that the regulator as it currently stands is a one man show lacking input.

“ One, there is no training, retraining of professionals that made the NCAA thick especially the inspectorate department in terms of airworthiness, insurance registration among others, have diminished. Unless they reposition NCAA by removing the DG and appoint an experienced person from within the system, we will wake up one day and hear about unusual happenings.”