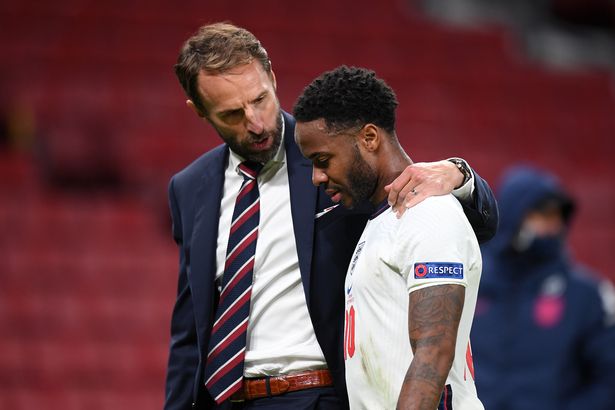 England star Raheem Sterling was deprived from playing a part in the Three Lions victory over Senegal on Sunday night following the robbery attack which occurred in his family home.

The 27-year-old winger’s family home was targeted by armed robbers, which forced him to miss the World Cup last-16 win over the Teranga Lions of Senegal.

England boss Gareth Southgate has confirmed that the Chelsea winger is travelling home to the UK to be with his family.

National Daily understands that the property in Surrey was targeted on Saturday night, and Sterling was alerted in the early hours of Sunday morning. According to The Telegraph, the former Manchester City star’s partner and young child were at home during the raid.

It is hoped that Sterling will be available for the quarter-final against France, although Southgate is unsure whether the winger will be back in Qatar in time.

Southgate said of Sterling after England’s win over Senegal: “We will have to wait and see, at the moment, clearly priority is for him to be with his family and we’re going to support that.

“We’re going to allow him to have as much time as he needs. He’s going home, yeah. I really don’t know [if he’ll be back to play against France] because at the moment it’s a situation that he needs time with his family.

“I don’t want to put him under any pressure. Sometimes football isn’t the most important thing and family should come first.”

Meanwhile, England captain Harry Kane has hailed his sides storming 3-0 win over Senegal – and said they would be ready for world Champions France.

Kane was given the Man of the Match award after scoring the Three Lions’ second after Jordan Henderson’s opener and before the third from Bukayo Saka.

He said: “To win 3-0 was a really great night. We enjoy this but straight away we have to turn to the next one (against France).

“It is going to be a great game – they are reigning champions. It is a little time to recover now and get ready for the next one.”