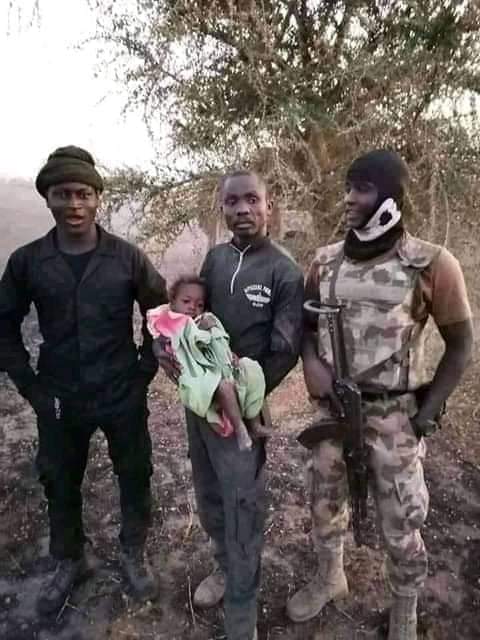 The story of a baby girl rescued by the Military Joint Task Force (JTF) soldiers fighting terrorists in the northeast has stirred a lot of emotion in Nigeria.

The baby was seen crawling inside a cave in a forest when the soldiers got there.  They found out that the mother died few days ago, as her hands and legs were seen rotting away.

Some of the soldiers said that the girl is a hero, for being alive days after the mother had died.

Wild animals or even hunger would have killed her in the cave, but she survived the situation.

People have since blessed and praised God for preserving the girl’s life.