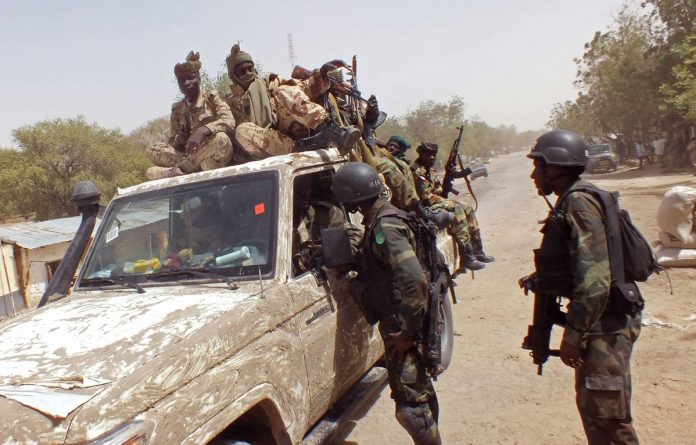 The Nigerian Army suffered notable casualties during the Boko Haram invasion war in Marte, Borno State. The army lost five soldiers in the battle to reclaim Marte and dismantle the flag of the terrorists in the territory.

The Boko Haram terrorists had occupied and hoisted their flags in Marte, about one week before the Chief of Army Staff, General Ubrahim Attahiru, issued 48 hours ultimatum to troops of the 81 DIV Task Force battalion, which is also the headquarters of Super Camp 9 Dikwa, to recapture Marte.

The Nigerian Army went on military operation to recapture Marte on February 14. The then Commanding officer, Bedan Ishaya, a Major from the 22 battalion, had led a reinforcement to Marte to assist in dislodging the Boko Haram terrorists. The army succeeded in the mission but lost five soldiers, including the Commanding Officer.

The fallen heroes were buried at the weekend by the Nigerian Army. Those buried include Major Ishaya, a sergeant, two lance corporals and a private soldier. Their bodies were retrieved from the battlefield and finally laid to rest at the Maimalari Cantonment Military Cemetery.

According to Omoigui, “Today is indeed a sad day for all of us, our officers and soldiers who fought gallantly before their death were exemplary; unfortunately, they had to pay the supreme price.”

He assured the families of the late soldiers that the death of the military personnel will not be in vain, insisting that the army is committed to winning the fight against insurgency.

“We want to assure you that we will do all our best to ensure this insurgency is brought to an end soonest. We have lost a lot with their departure from us: the Nigerian nation as a whole has lost; the theatre and of course the family has lost.

“I want to encourage you to be strong. God knows why he called them back; for those of us that are alive we will have to be strong, so I enjoin us, as painful as it is, for us as a family to be strong and move on with our lives,” the Deputy theatre commander said.

He disclosed that the Nigerian Army has benefits for soldiers and officers lost in battle. He promised that very soon these benefits and packages will be given to the next-of-kins.