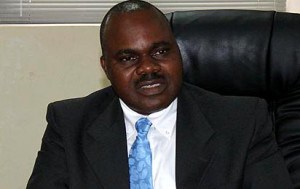 The National Human Rights Commission has expressed worry over worsening conditions of detention facilities at the various offices of the Special Anti-Robbery Squad (SARS) in the country.

The Executive Secretary of the commission, Prof. Bem Angwe, expressed the feeling in an interview with the News Agency of Nigeria (NAN) in Abuja on Saturday.

Angwe also expressed concern over the rising cases of ungazetted places of detention across the country.

“Another is the rising cases of ungazetted places of detention; because emboldened by the enhanced mandate, the commission has up scaled its activities outside the regular complaint treatment to the area of prison audit.’’

He said the commission had achieved a landmark by extending the initial periodic annual prison audit which it commenced in 2009 to daily monitoring of detention facilities.

He said some agencies which the commission monitored their facilities were Nigeria Police Force, Department of the State Services and Economic and Financial Crimes Commission.

The executive secretary noted that under its Public Interest Litigation Programme done in partnership with the Nigerian Bar Association, over 1,000 cases had been assigned to legal practitioners on pro bono bases.

These legal practitioners have filed class action suits for the enforcement of the fundamental rights of awaiting trial inmates in Nigerian prisons in various courts across the country, he said.

He said the programme had so far yielded desired results as many courts had released many awaiting trial inmates and awarded damages in their favour.

Commenting on other achievements of the commission for the year, Angwe said the commission had recorded an enormous increase in the number of public complaints it received.

“In the year 2015 alone, the commission has received over 308,000 complaints from members of the public.

“In addition to the general complaint treatment system, the commission has authorised and held a number of inquiries to investigate grave violations of human rights violations monitored in different parts of Nigeria,” he said.

He stressed the need for value and adherence to fundamental human rights of all citizens and residents of the country.