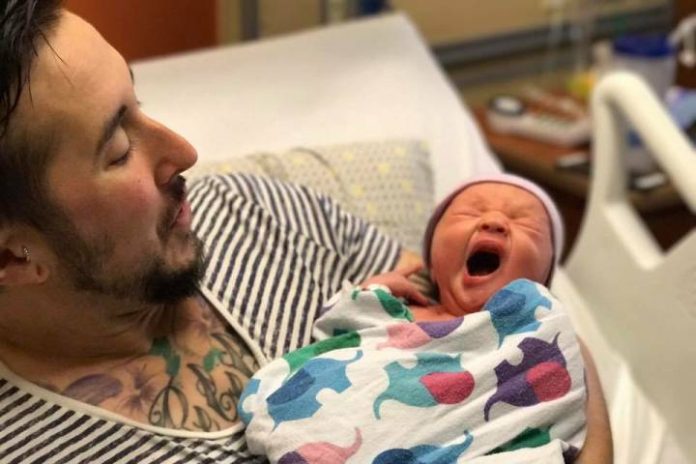 A man, Trystan Reese, has given birth to a baby boy in the United States. Reese, a transgender man had given up hopes of having his own child after he had a miscarriage the last time he was pregnant.

He started taking hormones about 10 years ago and had stopped when he got pregnant.

He and his husband, Biff Chaplow, already have two adopted children.

“I would say it’s unique. I understand that people are not used to two men having a biological child,” he said.