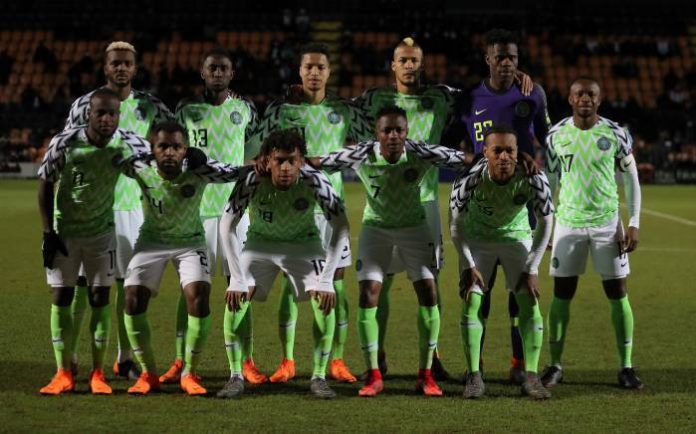 Member, House Committee on Sports, Honourable Tajudeen Abass representing Zaria Constituency of Kaduna State at the House of Representatives has revealed the target set for Nigeria Football Federation, NFF by the committee was to reach quarterfinals at the ongoing 2018 FIFA World Cup in Russia.

Tajudeen revealed to our reporter that the venue of the most anticipated encounter, St Petersburg recently Nigeria will dispatch the Argentines today to actualise their last eight target just as he asked for support from Nigerians for the team to achieve success in today’s encounter.

“As a member house committee on sports, i’m in Russia as part of my oversight function, and at the committee level our target for NFF is too ensure Super Eagles of Nigeria goes beyond the group stage of this prestigious tourney and getting to the quarter final would further crown their effort and as Nigerian, we must rally the team in prayers and show our believe in them as well,” he disclosed.

Honorable Abass reflected on the performance of Eagles’ at the mundial even as he  believed Nigeria would soar higher against La Albicelestes of Argentina.

“I’m very optimistic that Nigeria would do better as you can see they played the first match against Croatia not having much confidence on themselves because they were utterly jittery, but in last match against Iceland they better their performance and that gave us more hope going into this last group match.

“I foresee Eagles would be more composed than the previous matches, knowing fully well that what would separate them from failure is to go haywire against the Argentines should they want to meet the target of group qualification and i’m sure they would sail through by a lone goal” Abbas expressed.

Super Eagles intensify their World Cup campaign after intensive training sessions in St Petersburg as they ready to go for broke against a familiar World Cup opponent, Argentina who are behind the Super Eagles in Group D log with one point as Eagles have three points going into this make or mar match of the ongoing FIFA 2018 World Cup in Russia.