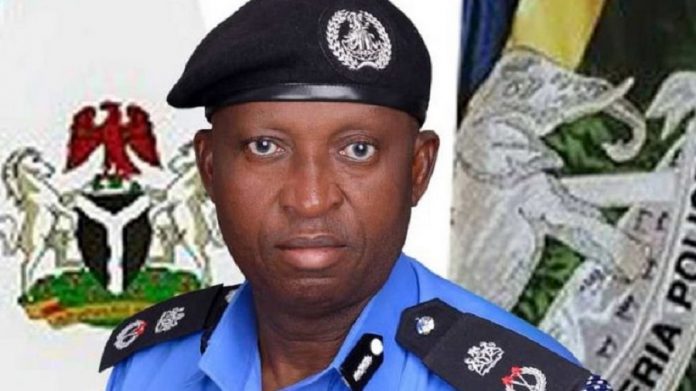 Nothing about his physical appearance would give an inkling into the violent nature of this diminutive young adult. He was calm, funny and sounded intelligent, but a mention of his name in Dopemu area of Lagos, where he hold sway like a minion king, would elicits fears.

Meet 21-year old Saheed who has been in out of police stations many times in the last five years over his activities as a member of Awawa Boys, one of the groups tormenting residents of Agege, Fagba, Ifako Ijaiye and environs.

While a member of the group is easily identified by a unique teardrop tattoo beside the left eye, Saheed adorn none of such tattoo. His face had no incision or tattoo, but his lips have become so darkened, evidence of years smoking.

Clad in a blue jeans and white T-shirt, Saheed told National Daily that Awawa Boys is not a secret cult, but rather a movement of desperate youths looking for their daily bread.

“We move in pretty large numbers because it is therein that we draw our strength. When we embark on a mission, we move in squads of between 50 and 100 men (and ladies) bearing small arms.

“Our most commonly used weapon is razor blades followed by Shoemakers’ Awl or ‘Shooker’ as most Nigerian cobblers call it. We also carry small axes but when we have scores to settle with rival gangs or sometimes, offending splinter groups, we make use of machetes and handguns.

“My gang has burgled many shops at Aluminium Village and sold Indian hemp at beer parlours and night clubs at N100 per wrap before we go for our usual operations.

“We collect N2,000 to N3,000 every day from individual aluminium shop owner at Dopemu area as security money.

Saheed, who said he was an orphan came to Lagos from Abeokuta, the Ogun state capital in 2014 when he was barely 15 years old to live with a relative, but subsequently ran away from home because he was being maltreated.

“My uncle promised to send me to school but he didn’t, instead I started working as a conductor to make ends meet, and in no time I started hanging out with other homeless kids. We slept on the streets. I guess the frustration pushed us into crime.

As unemployment ravages, and even many parents shirking their responsibilities to their teenage wards, the ‘Awawa Boys’ have proven to be an attraction to lost and wayward youths

A youth leader in Dopemu, Alimosho Local Government, Kunle Ibrahim said some of the street gangsters were trained to dispossess unsuspecting members of the public of their valuables by people, who dealt in stolen goods.

He said, “They (merchandisers) train those boys and they go all out in the morning and return in the evening to hand over whatever they steal to the merchandisers. They have a coordinating system whereby there are certain people they assign to various areas in the state for robbery operations so as to avoid clashes.

“Some of these merchandisers buy motorcycles and tricycles for these boys to convey passengers and rob them of their belongings. They are also the ones who usually protect these boys whenever they are arrested anywhere in the state.”

A security expert, Ugochuckwu Daniel, tied the rise of gangs in Lagos to rural-urban migration and the lack of support systems for homeless youths.

He said, “When they get to Lagos, they go to the slums to cohabitate with people of like-minds, sleep in parks or open spaces, market stalls and uncompleted buildings. Most of these boys have no particular skills, they learn no trade and they have no education; so, they either engage in manual labour or go rogue.

“Some peers that may not be up to 10 individuals come together, start doing things together and give themselves a name. Once they succeed in committing a particular crime and enjoy the loot afterwards, it encourages them.”

According to him, like many other terror gangs profiting from illegal acts across the state, they are very territorial. While attesting to this, said, “The Awala Boys, despite having a network across the state, 90 per cent of them are found in their base in Ajegunle-Apapa.”