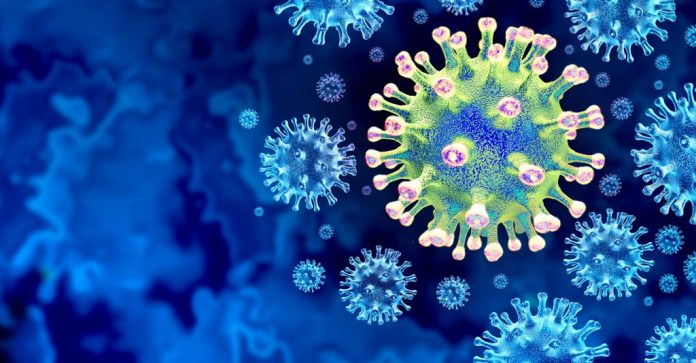 Research obtained by a group of scientists shows the COVID vaccine spike protein can travel from the injection site and accumulate in organs and tissues including the spleen, bone marrow, the liver, adrenal glands and in “quite high concentrations” in the ovaries.

COVID vaccine researchers had previously assumed mRNA COVID vaccines would behave like traditional vaccines. The vaccine’s spike protein — responsible for infection and its most severe symptoms — would remain mostly in the injection site at the shoulder muscle or local lymph nodes.

But new research obtained by a group of scientists contradicts that theory, a Canadian cancer vaccine researcher said last week.

“We made a big mistake. We didn’t realize it until now,” said Byram Bridle, a viral immunologist and associate professor at University of Guelph, Ontario. “We thought the spike protein was a great target antigen, we never knew the spike protein itself was a toxin and was a pathogenic protein. So by vaccinating people we are inadvertently inoculating them with a toxin.”

Bridle, who was awarded a $230,000 grant by the Canadian government last year for research on COVID vaccine development, said he and a group of international scientists filed a request for information from the Japanese regulatory agency to get access to Pfizer’s “biodistribution study.”

Biodistribution studies are used to determine where an injected compound travels in the body, and which tissues or organs it accumulates in.

“It’s the first time ever scientists have been privy to seeing where these messenger RNA [mRNA] vaccines go after vaccination,” Bridle said in an interview with Alex Pierson where he first disclosed the data. “Is it a safe assumption that it stays in the shoulder muscle? The short answer is: absolutely not. It’s very disconcerting.”

The Sars-CoV-2 has a spike protein on its surface. That spike protein is what allows it to infect our bodies, Bridle explained. “That is why we have been using the spike protein in our vaccines,” Bridle said. “The vaccines we’re using get the cells in our bodies to manufacture that protein. If we can mount an immune response against that protein, in theory we could prevent this virus from infecting the body. That is the theory behind the vaccine.”

“However, when studying the severe COVID-19 heart problems, lots of problems with the cardiovascular system, bleeding and clotting, are all associated with COVID-19,” he added. “In doing that research, what has been discovered by the scientific community, the spike protein on its own is almost entirely responsible for the damage to the cardiovascular system, if it gets into circulation.”

When the purified spike protein is injected into the blood of research animals, they experience damage to the cardiovascular system and the protein can cross the blood-brain barrier and cause damage to the brain, Bridle explained.

The biodistribution study obtained by Bridle shows the COVID spike protein gets into the blood where it circulates for several days post-vaccination and then accumulates in organs and tissues including the spleen, bone marrow, the liver, adrenal glands and in “quite high concentrations” in the ovaries.

“We have known for a long time that the spike protein is a pathogenic protein, Bridle said. “It is a toxin. It can cause damage in our body if it gets into circulation.”

A large number of studies have shown the most severe effects of SARS-CoV-2, the virus that causes COVID, such as blood clotting and bleeding, are due to the effects of the spike protein of the virus itself.

A recent study in Clinical and Infectious Diseases led by researchers at Brigham and Women’s Hospital and the Harvard Medical School measured longitudinal plasma samples collected from 13 recipients of the Moderna vaccine 1 and 29 days after the first dose and 1-28 days after the second dose.

Spike protein was detected an average of 15 days after the first injection, and one patient had spike protein detectable on day 29 — one day after a second vaccine dose — which disappeared two days later.

The results showed S1 antigen production after the initial vaccination can be detected by day one and is present beyond the injection site and the associated regional lymph nodes.

Assuming an average adult blood volume of approximately 5 liters, this corresponds to peak levels of approximately 0.3 micrograms of circulating free antigen for a vaccine designed only to express membrane-anchored antigen.

In a study published in Nature Neuroscience, lab animals injected with purified spike protein into their bloodstream developed cardiovascular problems. The spike protein also crossed the blood-brain barrier and caused damage to the brain.

Bridle said the scientific community has discovered the spike protein, on its own, is almost entirely responsible for the damage to the cardiovascular system, if it gets into circulation.

Once in circulation, the spike protein can attach to specific ACE2 receptors that are on blood platelets and the cells that line blood vessels, Bridle said. “When that happens it can do one of two things. It can either cause platelets to clump, and that can lead to clotting — that’s exactly why we’ve been seeing clotting disorders associated with these vaccines. It can also lead to bleeding,” he added.

Stephanie Seneff, senior research scientists at Massachusetts Institute of Technology, said it is now clear vaccine content is being delivered to the spleen and the glands, including the ovaries and the adrenal glands, and is being shed into the medium and then eventually reaches the bloodstream causing systemic damage.

“ACE2 receptors are common in the heart and brain,” she added. “And this is how the spike protein causes cardiovascular and cognitive problems.”

Dr. J. Patrick Whelan, a pediatric rheumatologist, warned the U.S. Food and Drug Administration (FDA) in December mRNA vaccines could cause microvascular injury to the brain, heart, liver and kidneys in ways not assessed in safety trials.

In a public submission, Whelan sought to alert the FDA to the potential for vaccines designed to create immunity to the SARS-CoV-2 spike protein to instead cause injuries.

Whelan was concerned the mRNA vaccine technology utilized by Pfizer and Moderna had “the potential to cause microvascular injury (inflammation and small blood clots called microthrombi) to the brain, heart, liver and kidneys in ways that were not assessed in the safety trials.”