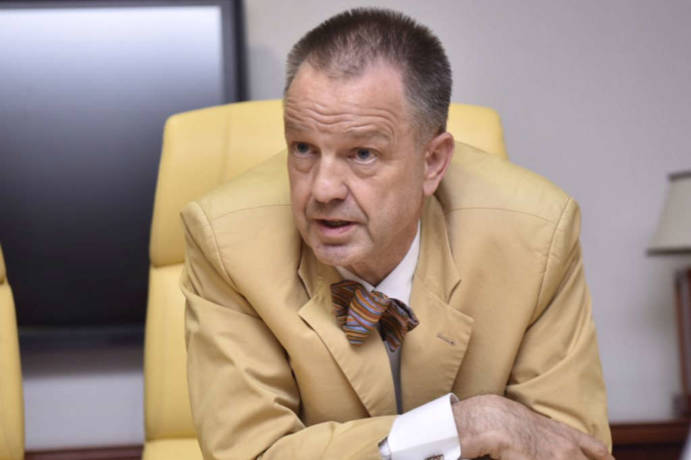 Germany has warned those with secessionist agenda to respect Nigeria unity and territorial integrity, adding it will mar a united and prosperous Nigeria.
German Ambassador to Nigeria Bernhard Schlagheck  said this during an interactive session with the leadership of the Enugu State Chapter of Ohaneze Ndigbo in Enugu on Monday.
The ambassador also said the Federal Republic of Germany had confidence in Nigeria’s ability to deal decently with the call for the restructuring of the country for a more equitable nation.
He, therefore, advised all parties to respect the constitution and territorial integrity of the country.
“We are very much interested in seeing a decent constitutional process and plead with all stakeholders to respect the Nigerian Constitution and territorial integrity.
“I am quite confident that the Nigerian people and their representatives in the parliament will take appropriate steps to make the restructuring process successful for the people of Nigeria.
“Let all stakeholders abide by the constitution and bring in what they have to say in the discussion process and make Nigeria better, prosperous and more successful.”
Mr. Schlagheck said his country was concerned about the effects of the agitations in parts of the country on future elections.
Responding, Chiedozie Ogbonnia, the president of the state chapter of Ohaneze Ndigbo, said the agitations from the South-East arose out of the feeling of marginalisation.
Mr. Ogbonnia said the main purpose for the agitation was to secure a better condition for the people of the area in a united Nigeria.
He said the clamour for the restructuring of the country had become a national discourse and imperative to give all sections of the country equal sense of belonging.
ALSO SEE: ‘Biafra agitation greatest threat to Nigeria’s unity’
According to him, it is the hope of all Nigerians that all issues relating to the restructuring of the country are sorted out before the 2019 general elections.
Mr. Ogbonnia said the zone was working with other regions of the country to ensure a process that would keep intact the unity of the country.
He said the current administration at the Federal level was a product of the yearnings for change by Nigerians, adding that much needed to be done to keep the people together.
“The type of federation we run in Nigeria is not like others elsewhere in the world. We have to do away with the feelings of injustice in the country,” Mr. Ogbonnia said.