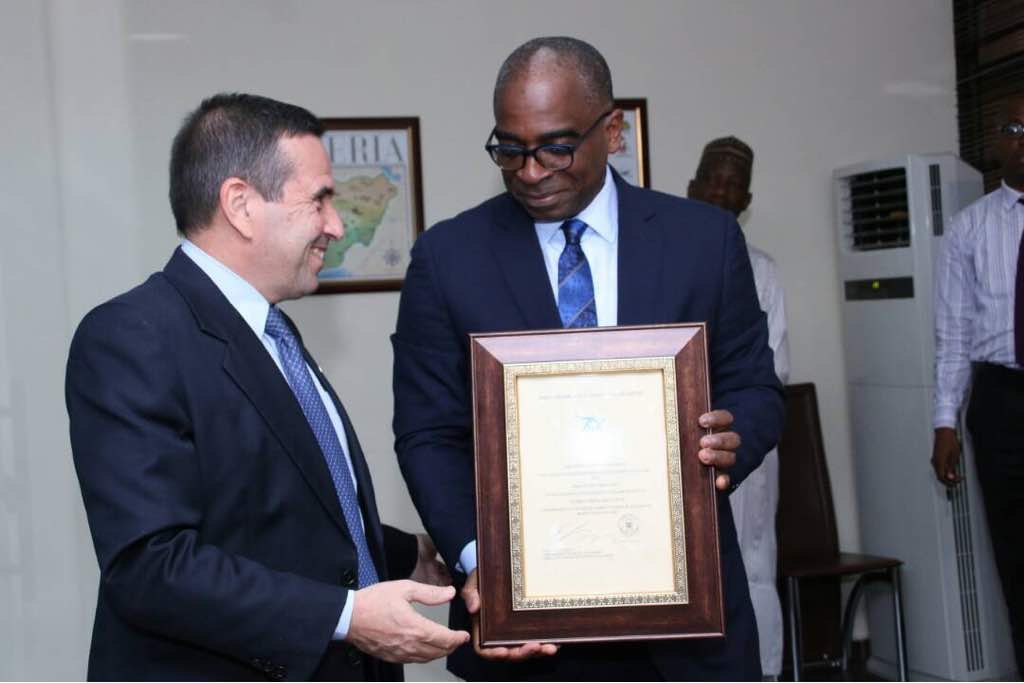 The State of Israel has awarded late Chief Obafemi Awolowo, former premier of Western Region a posthumous Certificate of Excellence for promoting economic ties with Israel.

The appreciation was conveyed in a letter written by the Embassy of Israel in Abuja and signed by the Ambassador and permanent representative to the ECOWAS, Guy Feldman and addressed to Mr. Olusegun Awolowo, Executive Director/CEO of the Nigerian Export Promotion Council (NEPC).

In the letter, Chief Awolowo was being recognized for it his sterling political qualities while alive. It stated that the late sage played significant role in the establishment of agricultural settlements like the one in Kibbutz, Nigeria.

The letter also recognizes the great impart and contribution of Olusegun Awolowo, who is the grandson of the late sage to the development of a stable economic ties with Nigeria as head of the Nigerian Export Promotion Council (NEPC).

“The state of Israel marks seventy years of its independence, and the Embassy of Israel in Abuja, Nigeria recognizes the great impact of your Excellence in the mutual and cordial relations of the state of Israel and the federal republic of Nigeria.”

The letter stated that the Israeli Ambassador to Nigeria, who is also the Israel’s permanent representatives would like to pay a courtesy call on Mr. Olusegun Awolowo at the earliest convenience of the late sage’s son.

“The purpose for the visit is to accord you, the posthumous appreciation of the State of Israel to Chief Obafemi Jeremiah Oyeniyi Awolowo, GCFR, and his contribution in promoting economic ties with Israel, and to also personally covey our invitation to the National Day celebration scheduled for May 2018 in Abuja,” the letter had stated.

Share this on WhatsApp
Related Topics:former premier of Western Regionlate Chief Obafemi AwolowoPosthumous Certificate of Excellence
Up Next