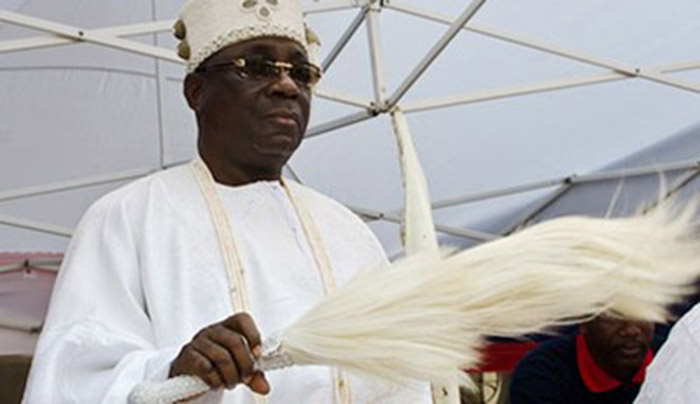 Members of the Lagos State House of Assembly have celebrated the 13th royal anniversary of Oba Rilwan Akiolu, commiserated with the family of Oba Oloto of Oto, father of ex lawmaker, Hon. Bashir Oloto who joined his ancestors on the 18th of this month.

While announcing the Oba’s demise, Hon. Moshood Oshun representing Lagos Mainland II said that the Oba held his kingdom peacefully when he was on the throne, while ensuring that there was no rancor in Lagos State.

Oshun further stated that  Oba Oloto contributed his quota to the development of Lagos State in all ramifications and enjoined his colleagues to honour him.

Contributing, Hon. Adekanye Oladele representing Lagos Mainland I said that the late Oba was a prominent traditional ruler in Mainland Local Government and never discriminated against anybody while alive. Adekanye observed that one unique feature of the Oba was that he embraced all the residents that lived in his domain.

Meanwhile the Lagos lawmakers have felicitated with Oba of Eko, Oba Rilwan Akiolu on his 13th anniversary on the throne.

Speaker, Rt. Hon. Mudashiru Obasa observed that the Oba deserves commendation because his reign has witnessed tremendous development in Lagos and he deserves to be honoured being an illustrious son and a paramount ruler of Lagos State.

In another development, Hon. Tunde Braimoh affirmed that Lagos State has yet witnessed another epoch event with the visit of President Muhammed Buhari, who was  represented by Vice President, Professor Yemi O sinbajo during the Commissioning of some landmark projects in Lagos State.

Braimoh noted that ‘ it is gratifying that the Governor, Mr. Akinwunmi Ambode has made landmark initiatives,  a trailblazer, because the state of the art security  equipments that was commissioned is mind-bogging and requested that letter of commendation be forwarded to the Governor.

The Speaker, in his ruling acceded to the request and directs the Clerk of House, Mr. Segun Abiru to forward a letter of commendation to the Governor , Mr Akinwunmi Ambode .

Wike to CDS: We will hand over militants in South South