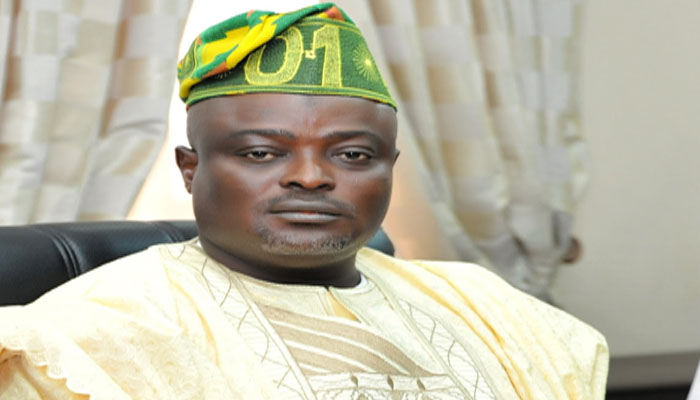 THE Lagos State House of Assembly has commenced the process of amending the State’s Local Government Administration Law with the aim to change the tenure of Local Council Chairmen and Councillors from three years to four years among other changes being proposed by the 40 man House.

Moving the motion on the floor of the House, Hon Kazeem Alimi, the Chairman of the House Committee on Local Government, said the tenure should be adjusted in line with that of other representatives at the state level.

This was the core of submission at plenary last Thursday when the House commenced the process of amending the state’s Local Government Administration Laws.

To achieve the objective sections of State’s Local Government Administration Law to be amended are contained in sections 27 (1), 24 (a) and 12 (1)

Hon. Alimi submitted that “A bill to amend Local Government Administration Law of Lagos State and for other connected purposes sponsored by the Speaker of the House, Mudashiru Obasa.”

Alimi further said the proposed amendment sought to guarantee the power of the Assembly to enforce the removal or suspension of any erring council chairman upon petitions from concerned councillors.

He said it would also ensure that any chairman who had served for two terms would not be eligible to contest any election as the head of local government administration.

In his contribution, the Majority Leader, Sanai Agunbiade, said the constitution gave State Assembly the power to create local governments.

Agunbiade said with such power, the House should also have the power to sanction any council chairman that was found wanting.

Hon Bisi Yusuf, representing Alimosho State Constituency 1 and the Chairman of the House Committee on Public Accounts (Local), commended the courage of the Speaker in coming up with the new bill.

Yusuf said previous efforts at amending the law had been aborted.

In her contribution, Hon Adefunmilayo Tejuoso, Mushin State Constituency 1 and the Chairman of the House Committee on Judiciary, Petitions and Human Rights, said it was crucial for the House to monitor activities of councils after creating them.

The Deputy Majority Leader, Hon Wahab Jimoh, however, cautioned his colleagues over a section of the proposed amendment that empowered the House to remove or suspend defaulting council chairmen.

Hon. Jimoh argued that the House should not make councillors handicapped.

Supporting Hon Jimoh’s argument, Hon Olanrewaju Layode, Badagry State Constituency 2 and the Chairman of the House Committee on Housing, said section 24 (a) of the bill should be better explained in order not to “hamstring the legislature at the local council level”.
Obasa, however, said there was no attempt to take over the power of councillors, but there was a need to enforce the resolutions of the House.

He explained that “We have passed resolutions for the removal of two or three council chairmen in the past, but the governor did not comply with them.

“With this new amendment, we as a House will be able to go ahead to remove any erring elected official of a council.”

The House committed the bill to its Committee on Local Government and Community Affairs and mandated it to report back to the Assembly today April 18.