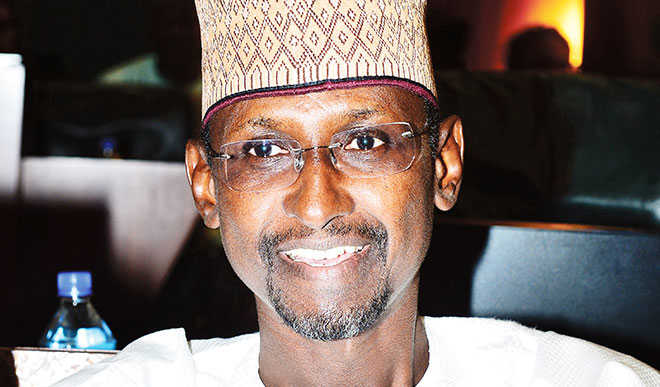 SEQUEL to the declaration by the Independent National Electoral Commission, (INEC) that the Saturday April 9 Council elections in AMAC, Abaji, Gwagwalada, Kuje were inconclusive due to alleged mass irregularities and the reruns shifted to Wednesday 13 April.

National Daily gathered that large scale violence were reported during the rerun elections in some wards in Abuja Municipal Area Council (AMAC) with some corps members sustaining injury in the process.

Thugs invaded some polling units snatched ballot boxes, destroyed ballot papers and injured some of the voters. Security operatives had to shoot into the air to disperse the thugs, while some of the thugs were arrested.

It was observed that nine voting points in Local Education Authority (LEA) Primary School, Jikwoyi ward and some polling units in Nyanya and Karu were affected.

Some of the corps members deployed to Jikwoyi ward said the election was disrupted at about 2pm when collation was about to start, that armed personnel had to whisk corps members away though one of them was injured.

Trouble started when the electoral officers were in the process of counting results at the polling unit in Jikwoyi Phase IV when trouble started.

Effort by the party agents to calm the thugs who stormed the polling unit, were rebuffed.

While addressing newsmen Mr. Michael Agodi, an assistant presiding officer in one of the voting points said about 50 armed thugs invaded the polling unit through the fence and went for the ballot boxes.

“They took the ballot boxes; they were armed with knives, sticks and other things. One even threw away the chairmanship and councillorship ballot boxes with one kick,” he said.

Agodi added that in the course of the violence one corps member was injured as others flee for their safety, picking few Smart Card Readers and other materials and ballot papers were scattered on the ground in the school with voters scampering for safety.

During the crisis a photographer from one of Nigeria’s print medium was also beaten as the thugs called him spy sent by the leading political party.

A corps member, Usman Adamu, also on the election detail said the thugs were fierce and fearless, adding that security operatives had to shoot into the air to disperse them. Adamu appealed to INEC to stop using corps members if their safety could not be guaranteed.

However, about ten people said to be arrested were seen in police van at the Karu INEC office.

The injured corps member is receiving treatment at an undisclosed hospital.

While addressing the parties and stakeholders on the outcome of the Saturday April 9 Council poll AMAC election, the Returning Officer, Prof. Sunday Adodo, said the decision to declare the polls inconclusive was reached based on the fact the total number of votes in the areas elections which is 15,360 is far more than the 5,000 difference in score between the two closest candidates in the chairmanship race.

“In the result so far collated, APC candidate polled a total of 26,602 votes ahead of the PDP candidate who got 21,230 votes.

“The total number of voters disenfranchised where elections did not hold in AMAC was put at 15,360 whereas details of the affected are, Karu 8,044 voters, Garki 2,243 voters,

From the votes posted by the two parties, 5,372 thus separated both APC and PDP candidates, thereby warranting the declaration of inconclusive election by the Returning Officer.

However INEC has declared the candidate of the All Progressives Congress (APC), Mr. Musa Dikko, winner of the chairmanship election for the Bwari Local Government Area.

The Returning Officer for the election in the council area, Mr. Abubakar Abba, who announced the result in Bwari, said the area council had a total of 162,786 registered voters, but that only 33,162 voters were accredited for the election.

Apart from winning the Bwari chairmanship seat, APC also won seven councillors while PDP got one. The commission is yet to declare winner of the council election in Kwali Area council.